INSIGHT: Time for our own regional song contest? 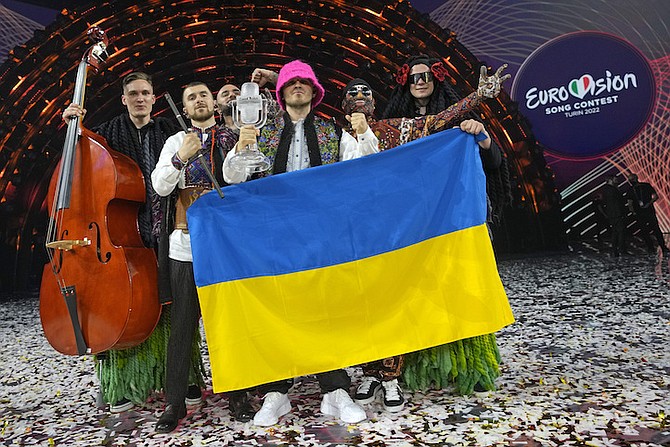 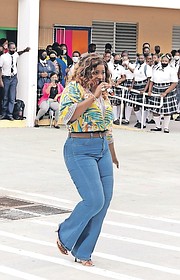 ONCE a year, a unique occasion captures the world’s attention. The Eurovision Song Contest is a weird, camp, remarkable music event that manages to be both ironic and wears its heart on its sleeve all at once.

The Euro part of the name is, of course, for Europe, but I say the world’s attention because such is its appeal to its ardent fans that Australia campaigned to be able to join in and was accepted. Israel became the first Middle Eastern country to join in back in 1973.

The US has noted its wide appeal and created its own version, the American Song Contest, with artists from all 50 states, five US territories and Washington, DC, battling it out over weeks to win a prize – though it doesn’t seem to have caught the attention that Eurovision has.

Eurovision instead manages to combine each nation’s cultural influences, pop appeal, folk music, weird costumes and often weirder songs and an attitude of tweaking the nose of authority figures.

This year, it is impossible not to notice that the contest had a political element to the outcome, with a huge public vote in support of Ukraine – while Russia was banned from the contest.

Still, in a world where the media influence often looks westward, to songs sung in English and from a western perspective, it is a perpetual reset that allows people to look at a broader picture. It’s a spotlight that shines brightly on places where the spotlight might not often linger.

What of our own cultural spotlights? Where do we shine the light here at home?

We have, after all, our own commonwealth of islands, 700 of them as we proudly proclaim, but how often does our spotlight shift away from New Providence?

In cultural terms, one recurring feature is the E Clement Bethel National Arts Festival – which has been going on for year after year without seemingly making much difference in the lives of the participants, save perhaps at a personal level.

It’s no national platform to launch people on to further success, certainly, though it does have the benefit of giving everyone an opportunity to perform.

Still, we get a newspaper spread of pictures here, a video segment on ZNS at a time that would otherwise be dead air there. It’s not a serious attempt to elevate our nation’s performers, or examine the culture of The Bahamas, or how it might vary from island to island.

Other efforts have happened – and disappeared – over the years.

Back in 2015, a song contest was launched for example to find a song that would fit a conference of education ministers that was coming to The Bahamas. I bet not one of you could hum the tune created by the winner.

That same year, a more successful contest was launched to find a winner for the Bahamas Carnival Song Competition, with $50,000 in cash prizes.

And there perhaps is the key – put money on the line and people will take it seriously.

That year, Sammi Star won the first Music Masters contest, walking away with $20,000 for his song Jump In The Line – though there were boos from some in the crowd who were angry with the decision. Ericka Lady E was second with My Islands In The Sun.

Since then, the Da Bahamian Ting song contest has seen the winner walk away with $25,000. Da Family was the first winner of that competition in 2017 with the song Das Da Bahamian Ting.

The Bahamas is home to a lot of musical talent, but as a nation we are not very good at giving our talent the opportunities they deserve.

Sometimes it’s financial – not putting enough money down for performers who are working hard every day to make ends meet to pay proper attention to the event.

Sometimes it’s political – where a winner is perceived as having been picked because they favour the political party that appointed the judges.

Either way, we’re not doing enough to elevate the talent we have, to celebrate our performers, and if we don’t know our performers and their work here at home, there isn’t a chance of amplifying them internationally.

So while we can’t imitate the unique spirit of Eurovision, what can we do to look at what we’ve got and give those performers a platform?

Is it a battle of the islands, for example? Do we need to see New Providence go toe-to-toe with Long Island and Grand Bahama, Andros and Cat Island, with each island having its own set of votes?

Or can we look wider – and have The Bahamas lead the way for a Caribbean Song Contest? Or wider still in the region?

I know, it’s not something on anyone’s agenda right now, and with the aftermath of Hurricane Dorian and the pandemic, there isn’t any money in a pot somewhere that doesn’t have somewhere it can be used.

But we are restarting carnivals, and Junkanoo, and now’s the time to think about how that cultural reboot can be lifted higher than what we were doing previously.

Is the E Clement Bethel festival as high as we can go? Is having a well-funded song contest every few years enough? Or do we need more to help our culture shine? Other countries in the region are ahead of us in giving artists a pipeline into the music industry internationally – so what’s our plan?

I’m looking at it from the outside, but there will be people with better ideas already out there, in the industry, trying to make things happen. It would be good to start a debate – and then give those at the forefront of the industry what they always need. Give them the mic.

Stop being brainwashed, this is fixed. The deep state will make all of your desires come true. But, only if you serve them in their immoral world of hate and illusion.