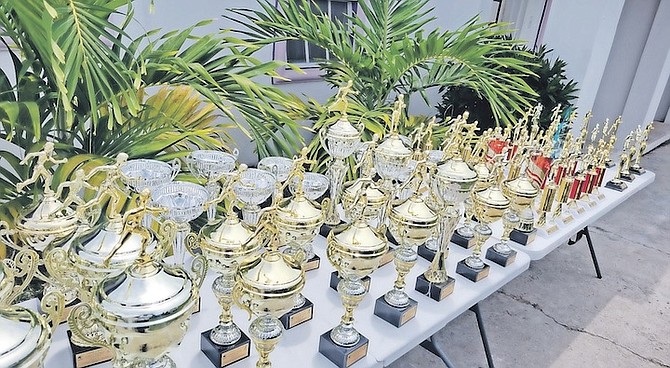 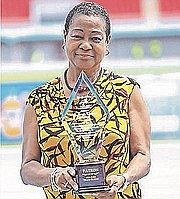 ALL systems are set for what organiser Tito Moss has predicted will be the biggest track and field meet held in the Bahamas this year: The Oaktree Sonja Knowles Track Classic this weekend.

The meet, designed for athletes from ages under-7 to the masters, will get started on Saturday at 1pm and Sunday from 2pm.

This year’s honouree will be William ‘Knucklehead’ Johnson, the Bahamas men’s national 1,500m record holder and a coach of the St Augustine’s College Big Red Machine’s track and field team.

“It’s a pleasant surprise anytime you are selected to be honoured and remembered for something that you would have done in the past,” Johnson said. “When you set out, you don’t think this far in terms of recognition and what comes down the road.

“You just go out and perform to the best of your ability as you represent the country. So it’s a pleasant surprise and very nice of coach Moss and the Red- Line Athletics Track Club to recognise me for what I’ve done.”

Johnson, however, said that after 40 years, he’s more surprised that no one has broken his national record of three minutes and 45.72 seconds that he established on May 17, 1983 in Austin, Texas where he competed for the Texas Christian University (TCU), graduating in 1983.

“I’ve seen middle distance runners who were far more talented than myself, people like David Bell, who is really talented,” he said. “But in order to perform the way I did, you have to be persistent and consistent. Success doesn’t come overnight in distance running.

“It’s not like the sprinters where you can hear them out there setting records. Distance running takes a little longer because it takes a lot of perserverance. Success doesn’t come overnight.”

Moss said Red-Line Athletics is excited about hosting their second version of the Track Classic, being named in honour of Sonja Knowles, the past long-time principal of St Augustine’s College.

With over 700 athletes and more than 45 clubs from New Providence, Grand Bahama and Andros registered, Moss said they are looking forward to some keen competition.

“We will have heats and finals in the 100, 200 and 400m and so we are looking forward to some keen competition,” Moss said. “We will have competitors of all ages competing in all events on the track and the field.”

With all of those awards being presented, Moss said Red-Athletics will go beyond the budget of any normal meet by presenting the overall male and female athletes as well as the club winners of the meet.

“It’s expensive, but we just want the clubs who prepare these athletes to go home with something tangible that they can add to their mantle,” he said. “They can have bragging rights until the next meet next year.”

This year, however, Moss said they are delighted to continue to recognise Knowles for her contribution to the club since its formation out of Club Monica Track Club and St Augustine’s College.

And he added they are excited to be able to pay tribute to William Johnson, the manager of the Physical Plant at St Augustine’s College.

“We feel proud and very excited to be able to honour him for his contribution to track and field,” Moss said. “I had an opportunity to coach under him when he served as the head coach for SAC and I got to learn a lot from him.”

To the athletes competing in the meet, Johnson encouraged them to embrace the opportunity that is being afforded to them.

“Not everyone will go on and become an Olympic champion, but if you are talented enough, you can go on and get an athletic scholarship,” he said.

“I know the school that I attended, TCU, you’re talking about over a quarter of a million dollars for a college education at the bachelor’s level. So if you are able to save your parents that big chunk of change, it would be worth it.”

Johnson gave thanks to God for blessing him with his talent and people like the late Winston ‘Gus’ Cooper and Bernard Nottage as well as his coach Frank ‘Pancho’ Rahming for preparing him to compete.

While the coronavirus pandemic is still in high gear, Moss said they are encouraging both athletes and spectators to wear their masts, sanititise and ensure they adhere to the social distance protocols that will be in place this weekend.

“We want to see everybody come out for the two days because it’s going to be action-packed each day,” Moss said. “So we expect to see the stadium rammed packed as we support the athletes as they compete.”