Unions get ready for Labour Day 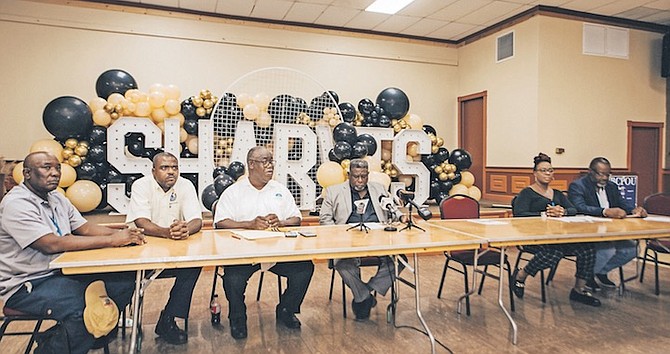 This year’s celebrations - held under the theme “Labour Marches on and Remains Strong” - marks the 61st anniversary of the country’s celebrations of the Labour Day holiday.

“Throughout the week, we envision a media blitz where our workers will hear the voices of labour leaders past and present speaking on the issues of labour, delving into topics about minimum wage increase, the workplace and a future without C19, occupational safety and health, the ‘No jab, no job’ work policy,” said Alexandria Feaster, vice president of union of central bankers during a press conference yesterday.

According to National Congress of Trade Unions officials yesterday, labour week will begin on May 29 with a church service at the Church of God of Prophecy located on East Street at 11 am.

Other special events include a labour symposium that will be hosted by the University of The Bahamas’ Office of Employee and Industrial Relations Department in partnership with the National Tripartite Council and other unions.

The conference will take place between May 31 and June 1 and will feature such key speakers as State Minister of Education, Zane Lightbourne.

The annual Randol Fawkes Labour Day parade is also among the special events planned for this year’s celebration and will be held on June 3, the last day of labour week.

“The parade, synonymous with the display of the strength and pride of the workers of this land, will take the anticipated route leaving the historic Windsor Park (Wulff Road junction off East Street) at 8am travelling north on East Street exiting to Bay Street,” Mrs Feaster added.

“The public and all affiliate unions are encouraged to display the Bahamian flag and wear its colours to represent the national pride and strength of our workers. Being mindful of safety and environmental concerns, each affiliate will assign marshals to monitor vehicles participating in the parade.”

During the march, several union representatives will also pay tribute to the four victims who lost their lives at the 2018 labour day parade at a wreath laying ceremony.

Members of this year’s labour week committee include Mrs Feaster and Ms Sherry Benjamin, vice president of the NCTUB.

What kind of fool would march in a parade while being forced to wear a mask???