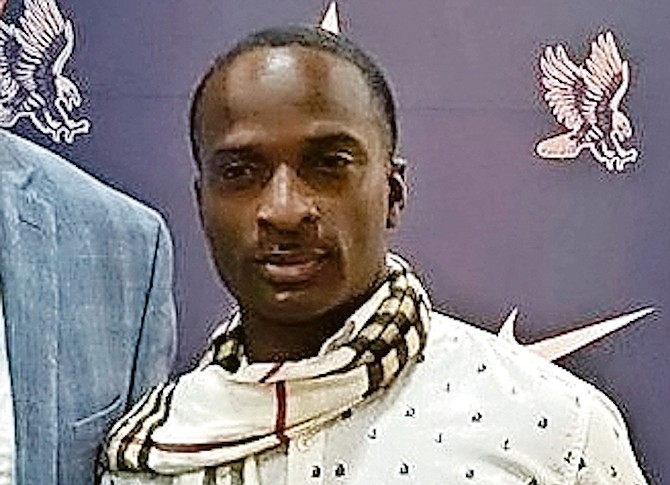 MORE than two months after a $1.2m contract was signed for the placement of infrastructure and development at Olympia Heights, Olympian Ramon Miller said there is still much more work to be done as construction has slowed down in the area.

In an interview with The Tribune yesterday Mr Miller said he was happy to see excavators finally begin work on the property the Christie Administration gave him in 2014, but he was still surprised by how long and difficult making progress has been.

Mr Miller and his family live on 20,000 sq ft of land at Olympia Heights, which is in Tropical Gardens. He had previously exclusively told this newspaper of his struggles with having no electricity for years and having to use a generator so that they could live comfortably.

“They have started, February 17, to be exact,” he said yesterday when contacted by this newspaper. “That date is when I saw those big excavators and stuff come in around the area that I live and they start(ed) to excavate the land. So far, it’s been three months later, I guess it’s about 90 days, they did start some roadwork and the roughing work. And roughing work meaning knowing the bit of the road, knowing where the poles will be, knowing where persons’ lands are, all of those, etc.

“I thought it would’ve been an easy one, two, three punch, but it’s much more difficult than what I expected. Because so far, they’ve only did the roughing work meaning cutting the road, the width it should be and clearing down some of the portions, a lot of fill, a lot of high elevations so they had to cut down this and cut down that. So, it’s going but it ain’t as fast as I thought it would’ve been, but just going on.”

In describing what work is left to be done, Miller said that they still haven’t fit power poles into the area and also mentioned that work had slowed down significantly since the project started in February.

“Ain’t no poles up, ain’t no water running yet. I haven’t seen BPL around or the Water & Sewage Corporation to run like water and stuff. I’m assuming I guess that they only doing the road so far that’s all I see and the work isn’t constant. So, they’d work for a day then take off five days or six days and so on and so forth. At the beginning they did work consistently, but now it’s a day here a day there.”

Mr Miller said he still has to use a generator to get running water and electricity into his home so his family can go about their daily lives.

But despite these setbacks, Mr Miller said he is still thankful to the government for their help in the matter.

The Olympic gold medalist also expressed his hope that his struggles will inspire better collaboration between the government and future generations of athletes so they can aspire for greatness on the world stage.

“I want to thank them for really acknowledging my request and getting the work started that’s a must. And I just hope that the process don’t be as tedious for up-and-coming athletes that’s my goal. We go out there on the limb and we represent our country and you know they give us land and whatnot but we don’t know the backside of that. I know if somebody gives you a gift you’d hope the gift provides the necessary infrastructure or needs to go along with it. Not knowing that you’d have to go through all of this to get yourself established in your hometown after all you’ve done.

“But other than that, once this stage is over hopefully athletes see that someone (is) out there fighting for their cause and I just don’t want it to happen to no other athletes that’s what I want. Because I’m pretty sure more athletes will go out there represent the Bahamas and bring home gold if they don’t have to worry about this. Getting the land and say ‘Boy you see what Olympian Miller gone through? He had that land and ain’t had all of these stuff.’

“I’m just trying to avoid that from happening and it shows once you be persistent you get stuff done despite the length of it,” he said yesterday.