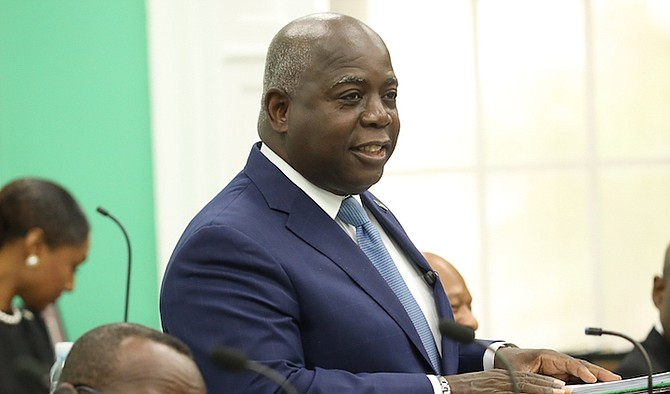 THE Davis administration’s 2022/2023 Budget will set up a $200m Family Island Development Trust Fund to facilitate immediate and significant investment in infrastructure at the out islands.

Prime Minister Philip “Brave” Davis announced yesterday that the government plans to allocate 10 percent of overall revenue collected in the Family Islands from property tax and road traffic fees to create the fund.

This fund, he said, would be a sub-fund of the National Infrastructure Fund.

He also said funding was provided to capitalise the Grand Bahama Health Centre Development Company, the entity which will construct the Grand Bahama Hospital. This is being facilitated through a loan for $150m, which is now being finalised.

Mr Davis said: “We also propose to leverage the aviation-related revenue to create a fund for aviation infrastructure, which would be another sub-fund of the National Infrastructure Fund.

“It is important to note, however, that this does not mean that we will exclude Family Island projects from future capital budgets of the Ministry of Public Works. Far from it.

“It just means that the Family Islands will have their own dedicated fund to ensure that they keep pace with national development.”

The government also plans to reduce its carbon footprint through the installation of renewable energy systems throughout the Family Islands and increase the number of electric vehicles in the government’s fleet.