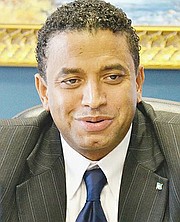 The Democratic National Alliance’s (DNA) former leader last night said he “has every confidence the compromise is sustainable” after the pharmaceutical industry struck a deal with the Government to end their price control dispute.

Branville McCartney, whose family owns Wilmac’s Pharmacy, told Tribune Business an agreement “in the best interests of all was all we wanted from the beginning” after the Bahamas Pharmaceutical Association (BPA) and the Davis administration traded-off higher mark-ups for the industry with an expanded list of price controlled items that has increased by ten medications.

Pharmaceutical wholesalers and retailers will now have one set mark-up across the board, at 20 percent and 40 percent respectively, for all price-controlled items in a move that will also simplify the structure. This places the price control mark-ups for wholesalers at a slightly higher level than the Government was initially proposing, between 15-18 percent, but some five percentage points less than the 25 percent they have enjoyed for the past 40 years.

As for retail pharmacies, the agreed 40 percent is at the top end of the range initially proposed by the Government. The Davis administration had sought a cut to between 35 percent to 40 percent, but the new mark-up will be some ten percentage points less (a 20 percent reduction in percentage terms) than the 50 percent that pharmacies have enjoyed for the past decade.

In return for the Government keeping the margins at the upper end of its target range, the pharmacy industry has agreed to expand the price-controlled medications by ten items to include cancer and kidney treatment drugs.

Mr McCartney last night said he would “have to speak to my accountant” to determine “the dollars and cents” impact on his family’s pharmacy business, but voiced confidence that the Association and wholesale representatives would not have agreed to anything that placed the survival of industry operators in peril or threatened substantial job losses.

“At the end of the day that’s what we wanted; a compromise,” he told Tribune Business. “I know the Government stuck to their position about price control, but we wanted to make sure it was not detrimental to the business. I have confidence the Association would have negotiated in the best interests of all as was our position from the beginning.

“I don’t know the details, but I have confidence the Association would know what we can work with and I have confidence they would have made the best decision in the circumstances. If there’s been some agreement, I can at least applaud the Government for coming to the table and striking a compromise with the Association in the best interest of all.

“That’s all we wanted from the beginning. What it was before would have been detrimental to the pharmacy business and unsustainable. If the Association is in a position to say they are comfortable with the compromise, I have every confidence the compromise is sustainable. It’s a good sign. Hopefully moving forward, in any type of decision they’re consulted prior to government action being put forth.”

Details of the agreement were revealed after Ryan Pinder KC, the attorney general, told the media briefing by the Prime Minister’s Office that the Davis administration “is not a government that is extorted” in reference to the Tuesday shutdown by most private pharmacies for fear they would be fined for not implementing the original price control proposal by the November 1 deadline.

Mr Pinder added that the closures “could have been a breach of the law”, although he did not specify which one. This echoed Myles Laroda, minister of state in the Prime Minister’s Office, who on Wednesday suggested that the pharmacy closures could violate the agreement many have with the National Insurance Board (NIB) to provide medicines for its National Prescription Drug Plan clients.

Asserting that the Government is “providing the maximum benefit to Bahamian consumers” by expanding the pharmaceutical price control regime, Mr Pinder said the pharmacies’ actions were premature because the Association had been “late” in providing alternative recommendations that were only received at the end of last week.

“Our belief is their decision to close was misguided, it could have been a breach of the law, and it’s really not an action that should have been done taking into consideration their submission was late,” he added. “We were in the process at that time of reviewing it. Needless to say that’s [now] water under the bridge.”

Mr Pinder, together with Michael Halkitis, minister of economic affairs, and Dr Michael Darville, minister of health and wellness, were the trio who met with the Association and wholesalers on Tuesday evening where the process of reaching a compromise between both sides - and which eases the cost of living crisis faced by many Bahamians - was set in motion.

Chargrega McPhee, an Association member, added: “The reality is we are already purchasing these medications. But by having now these reduced margins, it can actually help from the wholesale level who we purchase from. They are able to bring that price down. We are now able to bring up our buy, and sell to a lot of persons who could not afford the medications before. They are now able to get that.”

Ms McPhee added: “So it’s not a concession. I think all pharmacies have actually been trying to educate our individual groupings. But now by partnering with the Government, it doesn’t just have to be your individual pharmacy; you can actually educate the wider populace and it can be a little more sustained.”

Calling this a “win-win” for both the Government and the Association, Mr Halkitis added: “I look forward to working with the Association in their educational processes as we go forward, and as well working with them through this period to develop some more long-term strategies to impact the price of medication on a downward trajectory.”

Association members “can sustain” this new arrangement for three months and beyond if need be, Ms McBride said. “So that was the basis of our negotiations and going for the 20/40, making sure that right now we can be sustained, but then open up the discussions after the three months and where would we go there ,because we still have to come up with a plan for economic relief further beyond three months,” she added.

One source, familiar with the negotiations, said: “Two categories were added in exchange for them [the Government] agreeing to itemise the list. They went through the categories presented, and they worked feverishly with the chief pharmacist through the night to agree a list of medications for each category, and it ended up being hundreds of medicines, but that exercise was done and done successfully.”

Bahamas Government should not getting into this type of price control in our free market society. A slippery slope. If a pharmacy is charging too much you can always go elsewhere. This may give rise to a more price friendly pharmacy succeeding. Competition should control pricing not Government dictates.

Yeah and spend more money on gas what you wanted to save on the medicine. In reality, of the free market economy, which doesn't describe this country one bit, people bye what's available and in this economy there aren't enough options to drive competition.

You think on Eleuthera someone wants to drive 10+ miles to check for a better price. Even on N.P its a hassle, so your view of this economy is very screwed.