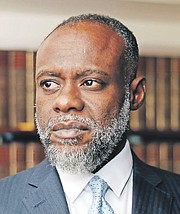 Food retailers were last night hoping the Government will agree to an “expanded list” of price-controlled products before the weekend so that Bahamian consumers can enjoy cost of living “relief” come Monday.

John Bostwick, attorney for the Retail Grocers Association (RGA), which represents 130 stores throughout The Bahamas, told Tribune Business the industry had submitted a revised list to the Davis administration containing more items than the 20 offered in its October 26, 2022, position paper.

Declining to identify the products involved, or how many, he nevertheless confirmed that the Association and its members are “before the weekend” seeking to reach a “compromise” with the Government similar to that unveiled yesterday by their pharmaceutical counterparts.

With the Davis administration now considering the food merchants’ revised offer, Mr Bostwick told this newspaper that “a similar exercise is ongoing” to that conducted by the pharmaceutical industry to end its near three-week price control angst.

“We’re hoping so, praying so. The hope is to bring relief to the Bahamian public by Monday; to have a conclusive position which the retailers will offer to the Bahamian people on Monday.” Mr Bostwick’s remarks indicate that should the two sides reach agreement on a revised list of price-controlled grocery items, then the new prices and mark-ups will be implemented and enforced from the beginning of next week.

“I am certainly very grateful to have engaged in this process on behalf of the Association, and hopefully it will result in a livable agreement for all parties, especially the public. There are three parties in this agreement; the Government, the sector and the public,” Mr Bostwick added.

Among the alternatives presented to the Government by the Association in its October 26, 2022, letter were a drastically slimmed-down price control expansion to just 20 items as opposed to the Government’s 38 initially proposed 38 categories.

This compared to the Government’s initial proposal, where food wholesale margins, or mark-ups, were capped at 15 percent for all 38 product categories listed, while those for retailers were set at 25 percent across-the-board.

Tribune Business, though, understands that the Association has now increased the number of price-controlled items offered from 20 to around 50, including some entire product categories such as baby diapers and baby formula as negotiations intensify to secure a breakthrough that will achieve a compromise acceptable to all.

Meanwhile, Michael Halkitis, minister of economic affairs, yesterday indicated that the Government has agreed to higher mark-ups for Family Island retailers and perishable products that have a shorter shelf-life and go bad much quicker.

While the Association had supported 25 percent on all dry grocery items, it requested that this be increased to 30 percent for Family Island businesses due to the extra shipping, logistics and overall business costs they endure compared to New Providence.

And, due to “the rising costs of electricity and shrinkage (spoilage), the food retailers called for a 35 percent mark-up in Nassau, and 40 percent in the Family Islands, for perishable goods as opposed to the Government’s originally proposed 25 percent limit.

Disclosing that the Government has modified its stance, and given merchants some - but not all - of what they were seeking, Mr Halkitis said it had agreed to a five percentage point increase in the mark-up for price-controlled perishables.

“One of their main concerns was being able to have a little bit of a cushion for perishables, things like meats and vegetables,” he explained. “So their issue was, as always, there’s a potential for loss and there’s experience of loss of perishables with a shelf life, and that sort of thing.

Mr Halkitis, suggesting that the revised price control regulations will be gazzetted and enforced shortly, added: “We fully expect them to comply with those regulations. In the case of the groceries, those are [for] six months and again, as with the pharmacies, as we go through this period what we want to do is explore ways that we can have a more long-term solution than these temporary measures.”

The expanded price control measures will be in place for three months for pharmacies, and six months for food retailers and wholesalers. Mr Halkitis added: “Having said that, I’m not sure that that it is the position of the entirety of the industry that they were refusing, or if that was, maybe the position of one person, so I don’t want to put that on the entirety of the industry.

“But as we have said all along, we are trying to use this tool in our tool-kit to bring some temporary relief and encourage them to work with us, which is why we continue the conversation.” Philip Beneby, the Retail Grocers Association’s president, yesterday said price control had “not to my knowledge” taken any enforcement action against the food industry as they waited for the Government’s response.

“We’re still waiting for them to get back to us right now,” he added. “The minister has been very considerate. He’s giving us time to get things in order. He’s saying that’s not what they’re all about. They only want everybody to comply, and they want it to be a combined effort between the businesses and government.”

Mr Beneby declined to comment further, adding: “I don’t want to stoke anything or say anything out of turn. We’re trying to work with the Government.”