More than 300 firearms seized by police this year 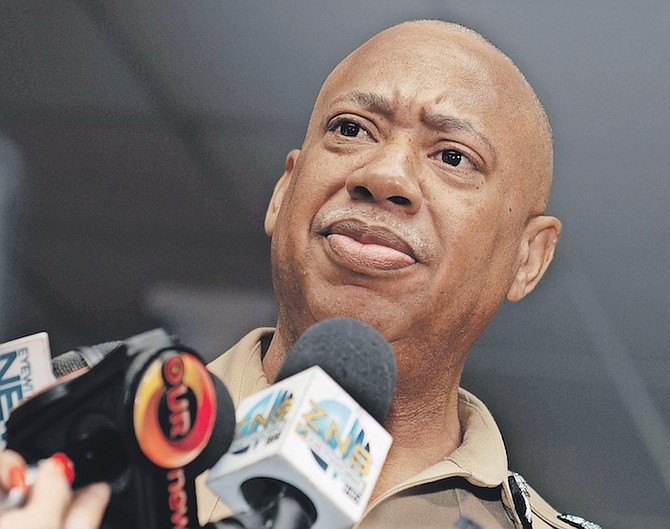 POLICE Commissioner Clayton Fernander said more than 300 firearms and more than 4,000 rounds of ammunition have been seized this year.

He said firearms are used in the commission of 90 percent of all violent crimes in the country.

He gave the statistics while speaking at the Small Arms and Light Weapons Training Course opening ceremony at Police Headquarters yesterday.

The training initiative for law enforcement is meant to assist in the fight against the importation of illegal and illicit firearms.

Bridget Premont, International Narcotics and Law Enforcement Affairs (INL) director, explained that since 2015 the United States through its embassy in Nassau has dedicated $25 million to assist The Bahamas in the fight against drugs and weapons trafficking but also to support police professionalisation, and to strengthen the rule of law in The Bahamas.

She added that number includes more than $4m to provide new police boats and to replace RBPF vehicles that were lost to Hurricane Dorian.

“This morning, the US government is proud to (find) this training implemented by the World Customs Organisation. The programme is an $800,000 two-year partnership that will focus on partner nations in the Caribbean to build regional capacity to deter and disrupt the flow of illicit weapons, ammunition and narcotics. So as was mentioned, we have colleagues from the US Department of Justice’s Bureau of Alcohol, Tobacco, Firearms and Explosives - ATF, and also from Homeland Security Investigations - HSI, who will participate in this national training on small arms and light weapons. I understand it will last for five days and include classroom and practical exercises,” the INL director stated.

“This work supports the work that ATF and HSI are already doing with the RBPF to identify weapons recovered at crime scenes in The Bahamas. This matters because we see that illicit trafficking has fueled local gun related crime, and tested law enforcement and justice sector institutions. We know that transnational criminal networks illegally transport firearms into the Caribbean, hidden in air and sea freight shipments on fishing boats, and pleasure yachts, and via the mail and private package delivery companies.

“We know it’s the same criminal networks that acquire US source firearms using straw purchasers who are persons without criminal records typically who can pass a background check. To counter this, we expect this training will improve customs controls, close capacity gaps, establish shared best practices, and cultivate deeper inter agency cooperation and trust - that collaboration that will help us succeed. These are all elements, essential elements for law enforcement to be effective in this fight.”

Commissioner Fernander emphasised the importance of the training as well as the issue with firearms.

“Firearms are used in the commission of 90 percent of all violent crimes in The Bahamas including murder and armed robbery. I would just like to highlight, thus far for the year with respect to firearms recovered off our streets, thus far, we have a total of 329 firearms which includes pistols and high-powered rifles. This number climbed over the weekend. We were successful in taking the number of firearms off our streets over the weekend; 4,685 ammunition, assorted ammunition also taken off the streets thus far for the year,” he said.

“We fully embrace this national training on small arms and light weapons as it will benefit our law enforcement agencies in the fight against illegal firearms entering The Bahamas. This training is very timely for the Royal Bahamas Police Force because we are about to officially launch our Firearms and Anti-Gang Task Force Unit. In the next week and a half, our agency, our task force will be launched to tackle illegal weapons and gang violence in our country,” he said. 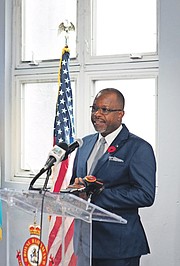 National Security Minister Wayne Munroe further addressed the accessibility of illicit guns pointing to the time it takes to receive in comparison to the police.

“From where we stand as policymakers, it’s self-evident the need to stop the flow of illegal firearms to our streets. It is far too easy to be in possession of an illicit gun here,” he said.

“And so where it takes months to go through all of the proper documentation to control the flow of arms for a police organisation, criminal elements do not have those concerns. And so it is very important that we understand their methods, their methodology, and we cooperate in this matter.”