Father of crash victim: She was my everything 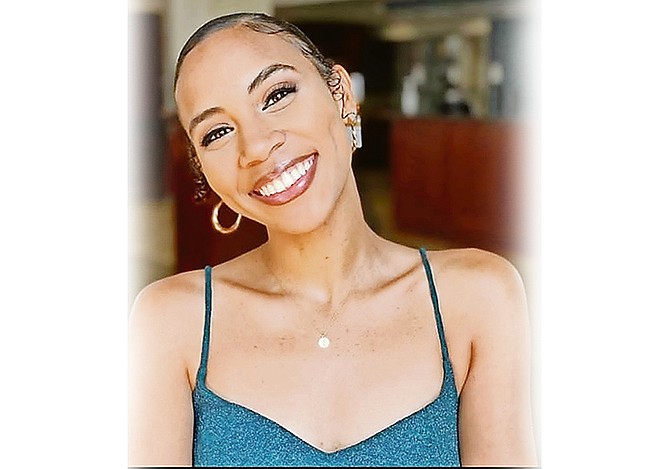 Ebony Miller, who died aged 24 in a car crash on Friday morning in Minnesota on her way home from her job working at a hospital.

THE father of a Bahamian woman killed in a car crash in Minnesota on Friday is struggling to bear the loss of his daughter.

“I have this hole in my heart that’s never going to be filled,” Kermit Miller told The Tribune yesterday.

He said 24-year-old Ebony Miller was his “everything”, adding she was the best child anyone could ask for.

Mr Miller said his daughter was killed in a car crash on Friday morning while she was on her way home from her second job as a scribe at one of the major hospitals. She died at the scene of the accident.

“I am just distraught that there are no words. I lost everything when I lost Ebony, she was my future, hope, and my dreams,” her father said.

“I sent her away for a better life to make a better life for herself and even for her family. She has a brother that adores her and it’s just tragic.

“When people drive without paying attention, then innocent lives are lost. The good ones are always the ones that are taken away,” Mr Miller said.

Holding back tears, he described his daughter as “brilliant” and someone who dreamt of making a change in the world by becoming a medical doctor one day.

Mr Miller said Ebony was a researcher at the Pancreatic Research Department at the University of Minnesota. 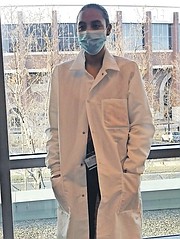 EBONY MILLER, who hoped to become a doctor. She died in a car crash on Friday in Minnesota.

“She has published four articles already on pancreatic cancer. She was about to do a big fifth article. She also worked as a scribe at one of the major hospitals here as well.”

Mr Miller told this newspaper that he wanted everyone to know how gifted and exceptionally talented his daughter was.

He noted that his daughter aspired to help others in any way she could, which is why it was troubling that her life was taken away so tragically.

“There’s no words to explain,” he said.

He said he hopes to get justice for his daughter as he believed her life was taken from her unfairly.

“All that played a part in Ebony’s death. They took away somebody senselessly and my daughter was killed senselessly.”

The grieving father encouraged parents to appreciate their children because life is so short.

“I just wanted to say just love your kids and love one another. Because your time here is short, we all have an appointed time to go. But when someone is taken suddenly it is so terrifying.

“And heart-wrenching to those left behind, you know. I have this hole in my heart that’s never going to be filled, there’s nothing that can fill it. There’s nobody to me like Ebony, she was my everything.”

I can't imagine the pain. I'd certainly have to be medicated as all of the different emotions come to bear.

Thoughts and prayers for all affected!

Saddest news for the year! I can't even imagine being in their position. Heartfelt condolences to the family.