Changing of the guard at hospital foundation 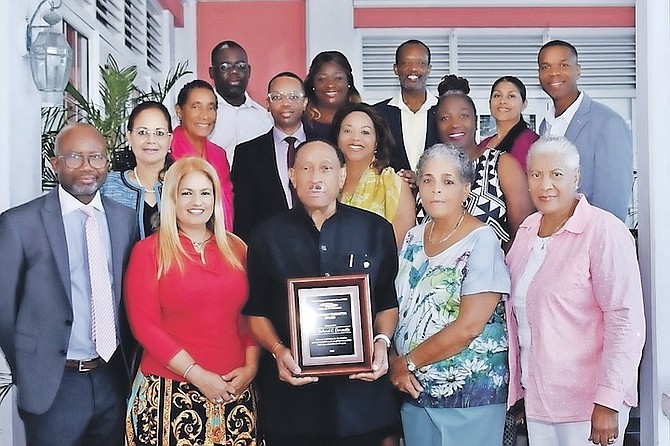 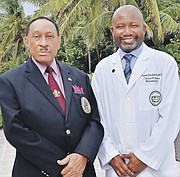 THE Princess Margaret Hospital Foundation, founded in 2003 to provide funding to the hospital, recently toasted a warm thank you to outgoing chairman Richard C Demeritte.

He was saluted by his fellow members and friends as an unconquerable leader, having steered the ship of the foundation for nearly a decade.

Mr Demeritte assumed the role in 2014 when former chairman and founding member Dr Myles Munroe was tragically killed in a plane crash.

Mr Demeritte describes that year as an intensely dark period for the foundation and The Bahamas as a whole, but he pushed forward in honour of his close friend.

Now almost 20 years following its formation, he assumes a chairman emeritus position in the non-profit organisation.

Prior to his tenure at the foundation, Mr Demeritte served as the former Auditor General of The Bahamas, the former High Commissioner to London, Belgium, Germany and France and the former chairman for The Bank of The Bahamas, has also held chairmanship roles in four other organisations - the Bahamas Red Cross, the YMCA, Toastmasters and the Bahamas Bodybuilding and Fitness Federation.

Drawing on this extensive experience, he was able to solicit funding for PMH from local individuals and private business entities facilitating the purchase of hospital beds, dialysis machines, X-ray machines and other essential medical equipment. With Ruth, his wife of 56 years at his side, Mr Demeritte looks back on his extraordinary leadership roles with a deep sense of pride.

Unanimously selected to succeed him as chairman is world-renowned neurosurgeon Professor Dr Magnus Ekedede, who has been the chief of neurosurgery at PMH for more than 25 years.

Having performed the first lobectomy in The Bahamas and the successful separation of conjoined twins, Prof Dr Ekedede never shies away from a challenge. He was appointed a clinical professor in 2017 at Joan C Edwards school of medicine in West Virginia, USA, and he is an appointed member of the Westminster Academy School board in Ft Lauderdale, USA.

Prof Dr Ekedede is also an associate lecturer at the University of West Indies and in 2013 he co-founded the Mitchell/Ekedede Brain Injury Foundation with a mission to decrease the incidence of strokes and brain injuries in The Bahamas. He holds a leadership certification from Cornell university and is the recipient of numerous other awards and accolades too numerous to mention.