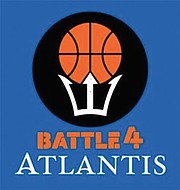 The Badgers (4-0) survived a slow-paced game that came down to the final seconds. The Flyers (3-2) had a final possession for the win with Kobe Elvis looking to drive, but Max Klesmit blocked Elvis’ runner out of bounds with 2 seconds left and 1 on the shot clock.

The Flyers inbounded the ball to Elvis for a catch-and-pull shot from the right wing, but he couldn’t get it off in time for the shot-clock violation.

The Badgers ended it with Tyler Wahl’s long heave to Klesmit at midcourt for a catch that killed the clock.

Elvis scored 16 points to lead the Flyers, the Atlantic 10 favourite who was ranked No. 21 in the AP Top 25 before falling out this week. Dayton had its own offensive struggles, going 6 of 29 in the first half before warming up a bit to nearly 42% after halftime behind 14 points from Elvis.