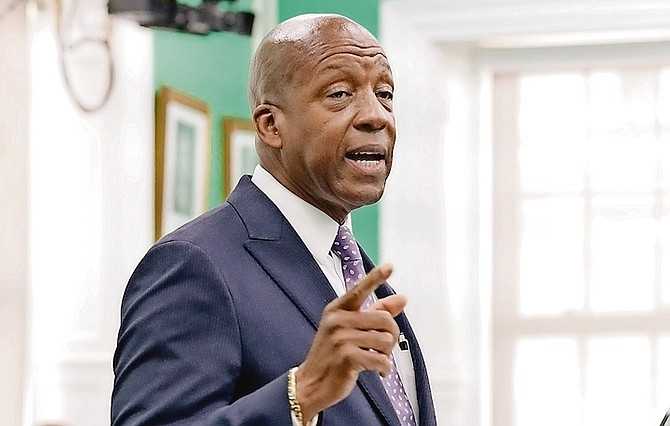 WORKS and Utilities Minister Alfred Sears yesterday apologised to residents in Eleuthera for the continued disruption of water supply on the island, saying the matter is one of “deep concern” that officials are aggressively addressing.

He also gave an update on efforts made by the Water and Sewerage Corporation (WSC) to remediate the vexing problem that continues to plague residents in parts of the island.

“That is a matter of deep concern and I want to really apologise to the residents of Eleuthera,” he told reporters yesterday. “There have been a number of disruptions with the desalination plant that is Aqua designed and they’ve been working.”

Residents there, particularly in Central Eleuthera, have been hit with water supply disruptions a number of times this year.

In June, some residents experienced days long water disruptions due to a major mechanical failure at the WSC naval base desalination plant.

At the time, WSC said it would execute a $2.7m contract for two one-million-gallon tanks and an additional $525,000 for related support work, which the corporation eventually did.

Mr Sears told reporters yesterday that the tanks have already been ordered and should be ready by mid-next year.

“I want to really commend the chairman and the staff of the Water and Sewerage Corporation, which, as a result of the disruption, have had to go into the well fields and work in many instances overnight trying to restore the supply of water in Eleuthera,” he said.

“We have ordered two storage tanks — one million imperial gallons each — those tanks are being manufactured and I understand will be available near the middle of next year.

“In the intervening period, temporary tanks are being secured and also the water wells in Eleuthera are being rehabilitated because as you know, the supply is by way of desalination.”

He also addressed the “legacy” debt owed to water suppliers like Aqua Design, saying the corporation has also been making headway to reduce arrears.

“So, currently, we are working. The Water and Sewerage Corporation is working very aggressively to address the problems not just in the immediate, but also long term, because the objective is to ensure that we have a sustainable reliable supply of water.”

Mr Sears continued: “One of the challenges as well has been that BPL (Bahamas Power and Light) because when you have the disruption of electrical power supply, you also have a direct impact on the pumping of water so clearly, and I say this, because it is a core value of the public policy of the government, we have to increase the incorporation of renewable energy in degeneration of power.”

To do this, he said, the government has been working closely with the Inter-American Development Bank to facilitate the roll out of a number of solar micro grids in southern islands as well as in Eleuthera and Abaco.

This is in keeping with the government’s goal of generating 30 percent of its renewable energy by 2030.