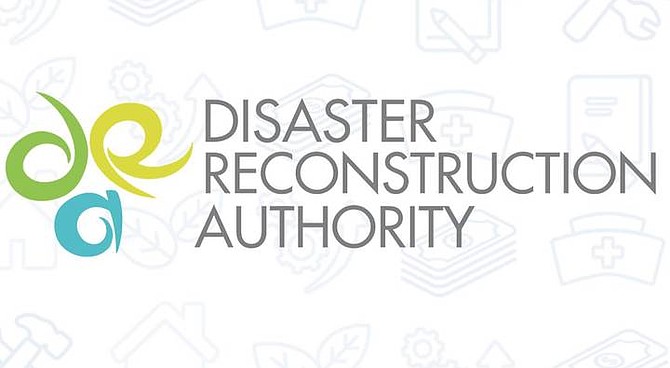 “I would like to announce that under the prime minister’s vision and Blueprint for Change, the Disaster Management Unit along with DRA and NEMA are working closely together on new legislation to restructure disaster management agencies in the country to more effectively and into an agile agency for responding to disasters,” Mr Storr said during a press conference at the Office of the Prime Minister yesterday.

“It is envisioned that the new authority will (be established) to manage all aspects of disaster in the country. The DRA and NEMA will all merge under one banner in this new entity.”

“The new entity will focus disaster on risk reduction and mitigation, resiliency planning and development and rapid response and recovery.”

The DRA was formed by the Minnis administration in 2019 to strengthen the country’s response to disaster preparedness and management following Hurricane Dorian’s devastation on Abaco and Grand Bahama.

The body was officially established after the passing of the Disaster Reconstruction Authority Bill, 2019, which empowered it to be responsible for management and oversight of reconstruction in disaster zones among other functions.

At the time, former Prime Minister Dr Hubert Minnis said the country was facing a climate emergency and in order to combat it, there must be comprehensive and dramatic changes in hurricane preparedness.

He noted that it was critical that red tape, which might hinder recovery and reconstruction efforts, be removed.

However, since its inception, the authority has at times come under scrutiny for its Hurricane Dorian response, more specifically its handling of deceased unidentified storm victims and hurricane related funds.

The Davis administration has promised to review the work of the DRA, noting various concerns and irregularities with how the authority was managed.

According to Mr Storr yesterday, some $70m has been spent by the DRA to date to assist with reconstruction efforts on the storm-hit islands of Abaco and Grand Bahama.

“The bulk of that went to debris management site,” he said.

When asked how much was spent on debris management, he replied that it was “some $37m.”

This comes as the authority continues its probe into several contracts that were issued to manage debris management sites in Abaco and Grand Bahama after several “red flags” were detected.

Meanwhile, a forensic audit is said to be underway into the DRA.

When asked for an update on those investigations yesterday, the DRA executive chairman told reporters: “I expect to have that very shortly and the ministry should be tabling that when the House resumes.”

So NEMA is doing what its supposed to in the first place? Managing National Emergencies.