FACE TO FACE: Following in the footsteps of an emperor

BATH, England is such a beautiful place. Those who watched the Netflix hit, Bridgerton have seen the scenes of an idyllic countryside with beautiful architecture and lots of charm. I visited a few years ago, and spent time with my friend, Kate Bayley. We first met virtually, as we were both students in Rapid Transformational Therapy with renowned therapist Marisa Peer. I went to London with the hopes of gaining new skills and certification in my quest to improve my life and the lives of others. But what I gained was an entire family of friends who continue to stick together to this day. Kate not only welcomed me to Bath, she and her family opened their hearts and home. 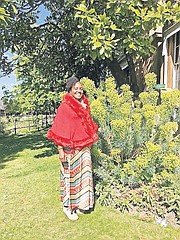 FELICITY Darville standing in Empress Menen’s Garden at Fairfield House in Bath, England, the palace home of the Empress and Emperor Haile Selassie I, which they donated to the city as a home for the elderly.

I arrived in London on a special mission a few days earlier than the course began. I wanted to go to Bath to visit the home of Emperor Haile Selassie I and Empress Menen of Ethiopia. They purchased Fairfield House in Bath and lived there in exile from 1935 to 1941. This was during the Fascist invasion of Ethiopia by Mussolini in 1936. Upon the Emperor’s return to Ethiopia and subsequent reclaiming of the throne of the Solomonic dynasty, he and the Empress donated Fairfield House to the people of Bath as a home for the elderly, which is still in existence to this day.

Just like Kate and her family welcomed me, the people of Bath are reported to have adored the Ethiopian monarch and his family. He was called “dignified” in the face of one of the most difficult times in Ethiopia’s history. From his palace in Bath, the Emperor had to strategize the operation to reclaim the throne.

On 3 October 1935, without the declaration of war, the Italian Army sent 200,000 soldiers to attack Ethiopia from Eritrea, which was then an Italian colonial possession. At the same time, a smaller legion attacked from Italian Somali 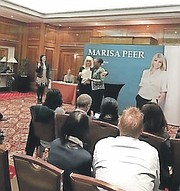 a. Three days later, the Italian army conquered Adwa, which is nearly 600 miles through mountainous terrain from the capital, Addis Ababa. This was intentional by Mussolini, because the Italians were defeated by the Ethiopians right in Adwa back in 1896 under the rule of Emperor Menelik I and Empress Taitu.

By 15 October, Italian troops seized Aksum, a town in the Tigray province. I took a flight from Addis to Aksum during my travels. According to Ethiopian tradition, the Ark of the Covenant is preserved in the ancient holy city of Aksum. For centuries, the great relic was reportedly kept in the Church of Mary of Zion. It was at this Cathedral that I was baptised and given the name Fikirte Maryam, meaning “the love of St Mary”. It was in this town that the Italian army removed a large obelisk (a symbol of the right to rule and connection to the divine). It was sent to Rome to be placed symbolically in front of the building of the Ministry of Colonies created by the Fascist regime. On April 22, 2005, the Aksum obelisk was returned to its rightful home after 68 years in exile. UNESCO handled its reintegration to a World Heritage Site. Described as the largest and heaviest piece of air freight ever carried, the obelisk cost the Italian Government $7.7 million to return.

Aksum is a cultural UNESCO World Heritage Site in Ethiopia, and Bath is the only city in the United Kingdom to become a designated World Heritage Site in its entirety. Located in South West England, Bath was founded in the 1st century AD by the Romans, who used the natural hot springs as a thermal spa. Ethiopia is also known for its healing hot springs, and I had an opportunity to visit one and be rejuvenated during my Ethiopian journey.

As I lay in the hot springs, I was surrounded by lush vegetation, much like the ones that surround Fairfield House in Bath. I did not get to visit the hot springs in Bath, but I did enjoy every moment there. The hour-and-twenty minute train ride from London was beautiful. Scenes of the countryside whisked by as I rode the train and anticipated the trip to Kate - and Fairfield House.

Kate’s family - her husband Guy (now deceased), and their daughters Lucia, Mollie, Inca and Skye, were a joy to spend time with. The neighbourhood had such charming houses and lovely streets filled with lush foliage. It was my first night in England, and lucky for me, I had an excellent introduction - I was taken to see a community theatrical production, Oliver Twist! I loved it, and couldn’t have asked for a more British welcome.

KATE and Guy Bayley with their daughters Lucia, Mollie, Inca, and Skye, and their dog, Simba.

The next day, it was off to Fairfield House, and what a lovely palace it was. I loved the garden, and was elated to find out from the custodian that it is Empress Menen’s garden, kept much the way she designed it. Fairfield House is home to a lovely group of elders, but it is also a community home where other projects and events for the community are held. I toured the home and enjoyed the wealth of information and artifacts that are well kept, showing great respect for the King and Queen who lived there. I sat in an upstairs pavilion by the window and read some of “My Life and Ethiopia’s Progress”, Emperor Haile Selassie’s autobiography, written over the course of his life. It is one of many in Fairfield’s library.

Kate and I went on to London together and completed Marisa Peer’s course. I made many good friends in London during the course, including Katrina Roads; Sasha Baverlor; Tanya Sperling; Tracy Stone; Mother Margaret; Noorani; Ela; Anne; Cat; and many others. I enjoyed real English fish n’ chips, lager and high-end tea. I remember the moments I came up from the dark stairway of the metro and walked up the steps to see Big Ben and he chimed at the same moment. It was breathtaking, and England has a special place in my heart. But the UK is also made up of Scotland, the native land of my Watson ancestry, as well as Wales - so there’s a lot more exploring to do.

As Kate and I spoke on the phone during the funeral of Queen Elizabeth II, we reminisced on the special occasion of meeting, and the friendship we have gained in the process. A humble, yet bubbly soul, Kate never let on that she herself is descended of English aristocracy. Upon research, I found out that Kate has quite a rich family history.

Her family is descended from Norfolk in East Anglia, England. Kate’s father, George Townshend, was the 7th Marquess Townshend. It is a title in the Peerage of Great Britain held by the Townshend family of Raynham Hall in Norfolk. He died in 2010 at the age of 93. He was the longest serving heir in the history of the House of Lords.

For centuries, the Townshends has been one of just a few titled and landed families that dominated life in rural Norfolk. Townshend held his title for nearly 90 years, longer than any other peer in British history. He was only five years-old when he succeeded his father, who passed away. His mother then presented the young boy to his tenants and retainers at the family home, Raynham Hall, as their liege lord. He is said to have always behaved in a “lordly, almost regal”, fashion.

It made so much sense why Kate’s down to earth personality is coupled with such grace. Today, Kate is not only a therapist, helping to transform the lives of others, she is also a Davdji meditation teacher and an artist. She studied Fine Arts at Bath Spa University. Her youngest daughter, Skye, has just headed off to University as well.

Marquess George Townshend was co-founder and long-serving chairman of Anglia TV, one of the most successful and reputable of the provincial companies that were a major feature of the first 30 years of independent television.

He attended the Coronation of Queen Elizabeth, and recalled the incident for Kate during her childhood. As we watched her final farewell, we celebrated the things that brought us together, and will use them as a marker to continue sharing life and love across many seas.

A very nice and interesting article.