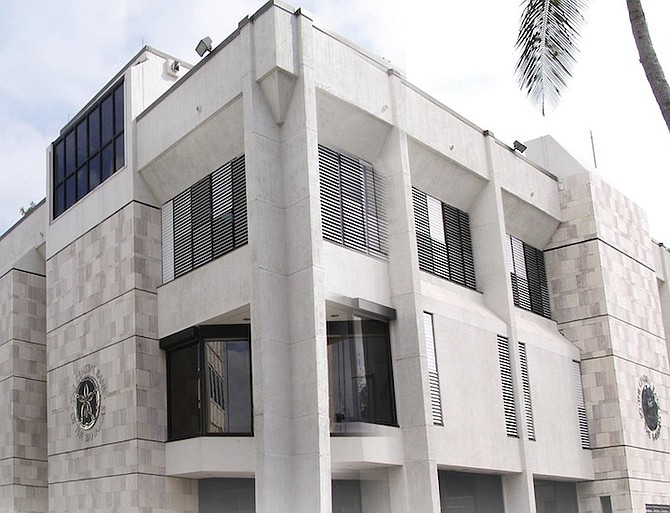 The Bahamas’ capital controls saved “around” $900m in external reserves at COVID’s peak, an economic researcher has estimated, while also helping to lower the Government’s annual interest burden by 2.5 percent of GDP.

Dmitry Titkov, an Australian central bank official, in a paper produced for his studies at the Harvard Kennedy School, argues that this nation’s exchange control regime delivered “sizeable first-order benefits for its macroeconomic stability” during the global pandemic when economies shut down and foreign currency inflows dried up.

The paper, which drew heavily on data provided by the Central Bank of The Bahamas and help from its research department, said that besides conserving the external reserves these capital controls are also saving the Government up to $300m in annual debt servicing costs on its domestic debt by keeping interest rates lower than they would otherwise be.

While some observers will argue that this disadvantages Bahamian investors, Mr Titkov wrote that any increase in domestic debt servicing costs would be troublesome for the Government given that this could cause “a noticeable deterioration” in its fiscal position given that it is already grappling with an $11bn plus national debt.

And, while the Central Bank has estimated that some $400m in external reserves were saved by the additional exchange controls it imposed in April 2020 at COVID’s peak, the paper determined - via a broader cross-country analysis that accounts for transactions on behalf of government and with the International Monetary Fund (IMF) - a further $500m was “indirectly” preserved. This took the total saving to $900m, or 50 percent of the Central Bank’s $1.8bn pre-pandemic external reserves.

The research, which was published yesterday on the Central Bank’s website, and its findings will likely reignite debate over The Bahamas’ fixed exchange rate regime and the associated capital controls that currently preserve the one:one peg with the US dollar.

The Central Bank, prior to COVID, had embarked on a gradual easing of exchange controls designed, in particular, to facilitate overseas investments by Bahamians in productive assets such as stocks and real estate. The peg, which has existed since 1973, is generally seen as having served The Bahamas well thus far, but several in the private sector have privately voiced frustration to this newspaper over what they view as a too-conservative policy.

Their argument is that a fixed exchange rate regime is anachronistic, and out of place, in a world where capital is increasingly allowed to flow freely across borders - especially with the continued digital assets evolution. They view faster, and greater, liberalisation as critical to spurring greater Bahamian and foreign direct investment (FDI) in this nation, providing the private sector and productive economy with greater access to capital.

Mr Titkov’s paper said The Bahamas ranks among the 11 nations with the most “strict” capital controls in the world. However, unlike the other ten, he described this nation as being relatively wealthy and prosperous, with a per capita income three times’ higher than the others at around $30,000.

Describing this nation’s exchange control regime as “relatively effective” and “relatively successful”, given that parity with the US dollar has been maintained for almost 50 years, the paper said: “If the benefits of capital controls are evident anywhere, then they should be evident in The Bahamas.....

“I estimate that controls have put one to two percentage points of downward pressure on the interest rates paid on domestic government debt in recent years, and up to five percentage points since the onset of COVID-19. As the debt-to-GDP ratio of The Bahamas has risen to around 100 per cent, this represents substantial relief for the fiscal balance.”

That ratio has since come down, according to the Prime Minister, to around 85 percent. Mr Titkov then wrote: “Turning to the external balance, it has been estimated that extra controls imposed in response to COVID-19 prevented or delayed the depletion of $400m of The Bahamas’ foreign exchange reserves, which totalled $1.8 bn prior to the pandemic.

“Cross-country evidence suggests that existing controls may have saved an additional $500m of reserve outflows, though this estimate is rough at best.” He added that the exchange rate regime, and extra controls imposed, enabled The Bahamas “to have weathered the shock well” with COVID-19 in comparison to other Caribbean nations with looser monetary restrictions.

“Early in the pandemic, the Central Bank estimated that its reserves could need to decline by more than $1bn - from a pre-pandemic level of around $1.8bn - to counteract the pressure on the peg arising from the halt in tourism inflows,” the paper said.

Some $220m of that $400m, or more than 50 percent, was estimated to have been saved by suspending dividend payments by the Canadian-owned banks, Royal Bank of Canada (RBC), Scotiabank (Bahamas) and CIBC FirstCaribbean International Bank (Bahamas), to their parents.

A further $80m was conserved by allowing commercial banks to sell more foreign currency to their clients, thereby easing demand on the Central Bank’s reserves. The “remainder” came from suspending foreign currency sales to Bahamians for investments overseas, while the National Insurance Board’s (NIB) sale and repatriation of overseas investment assets provided a further $60m boost.

Comparing The Bahamas to other Caribbean countries, Mr Titkov said it “saw the least depreciation in its currency while achieving the greatest accumulation of reserves relative to GDP” during COVID as a result of the restrictions imposed.

“For The Bahamas, these results can be interpreted as suggesting that the indirect effect of its existing controls may have been to save around $500m in foreign exchange reserves from depletion,” he wrote. “Taking my estimate at face value and adding it to the estimated effect of extra controls, I assess that The Bahamas’ capital controls saved around $900m of reserve depletion over COVID-19, though this overall estimate should be seen as only rough at best.”

As for the impact of exchange controls on the Government’s debt, and associated interest rate costs, the paper added that “the benefit of cushioning the Government’s borrowing costs in the context of a large debt burden and rising global interest rates may outweigh” the distortionary impact of what it described as “a form of so-called financial repression” for Bahamas-based investors by keeping returns artificially low.

“This suggests that the Government’s debt costs could increase meaningfully alongside any further capital account liberalisation, if the liberalisation occurred while the debt burden was still large,” the Australian researcher wrote. “ As government debt is high in The Bahamas, an increase in the cost of servicing the debt could mean a noticeable deterioration in the fiscal balance, and a large enough deterioration could cast doubt on The Bahamas’ fiscal sustainability.”

Based on the Government’s $6bn domestic debt, he added that “we arrive at a potential impact of between $20m and $300m in extra interest costs annually (or between around 0.2 and 2.5 per cent as a share of GDP)” in the absence of exchange rate and capital controls.

“The strict capital controls imposed by The Bahamas appear to have had first-order benefits for its macroeconomic stability, in particular in the post-pandemic period. I estimate that two benefits have been sizeable in the context of COVID-19,” Mr Titkov added.

“One potential policy implication of my estimates is that, were the capital controls to be removed, these benefits could be lost. This may make The Bahamas more vulnerable in future crisis situations and put some strain on fiscal policy over time if the controls were removed while debt is still high,” he continued.

“Although many of the costs of capital controls (aside from administrative costs) are second order, this does not mean that they are necessarily outweighed by the benefits in the case of The Bahamas. For example, both theory and evidence suggest that the liberalisation of controls on outflows can even have the effect of increasing inflows on net, which would itself support reserve accumulation.

“Future research could try to estimate the costs of The Bahamas’ capital controls to put policymakers in a better position to weigh up the prospects of any further capital account liberalisation.” While some will argue that the reliance on Central Bank data was likely to produce a paper favouring the existing regime, the contents nevertheless provide fuel for an ongoing debate.