Bahamas ‘must work with developers who love us’ 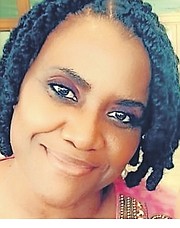 The Bahamas “must work with developers who love us” and “disengage” with those motivated only by profits who have no interest in environmental preservation, tourism industry operators argued yesterday.

Karen Panton, the Bahamas Protected Areas Fund’s (BPAF) executive director, told a webinar to mark World Tourism Day that this nation should focus on attracting investors who place it and its people first.

Suggesting that developers and investors should be measured against their environmental, social and governance (ESG) standards, both in selecting those permitted to enter The Bahamas and later holding them to account for their actions, she added that it was critical that they “make the required financial contribution to offset environmental impacts and losses”.

“As we continue on this path of valuing our nation, we may wish to disengage and avoid developers whose interests are only profit driven.” She reiterated that assessing developers’ performance against their ESG standards was “an important prerequisite for selecting” which investors should be allowed into The Bahamas.

Ms Panton was backed by Molly McIntosh, vice-president of the Bahamas Out Islands Promotion Board and general manager of Green Turtle Cay’s Bluff House Beach Resort, who said: “I agree with Ms Panton to encourage and recruit developers who have sustainability and our interests in mind.”

She cited Carl Allen, head of Allen Exploration, the licensed underwater salvage operation that is recovering sunken treasure and artifacts from a centuries-old Spanish galleon, as an example of such an investor through what he has done in reviving Walker’s Cay and supporting nearby Abaco communities.

“Walker’s Cay is a good example,” Ms McIntosh said. “He’s just done a lot for the environment, a lot for the people, and a lot for the country. When they come in, let’s reward them as long as they’re good for the Bahamian people.

“People coming into make a quick buck, get some land really cheaply and do things that are not good for the environment, let’s stop them. Investing takes time, but that time will reward The Bahamas. We have to think of the future.”

Charles Bowe, general manager at Jet Nassau, the major fixed base operator (FBO) at Lynden Pindling International Airport (LPIA), said The Bahamas had to look beyond the financial and economic aspects of tourism to ensure that the country and industry sustains for future generations.

“We have a finite resource. A finite resource that is a very fragile resource, and everything that involves tourism is fragile,” he added. “We have to make a very quick transition to the mindset that our environment affects all of us. Every single Bahamian.

“Every single Bahamian is important, and we have to invest in that. I don’t want my children and grandchildren to lose out on the things that I enjoy. One accident is all it takes. We have to be very cautious in how we progress from here.”

Rather than sitting, waiting positive stuff happen, you owe it to yourself to pay close attention Comrade "Sister" Karen Panton's, new way to become more alert so as to avoid at all costs, those 'high net worth' investors, who place profits first and foremost ahead and above paying a living wage pay cheque to a work seeking popoulaces  ― Yes?

Please, you have got to be kidding. No developer is going to "Love us". They are in it solely for the profits and could care less about the consequences.

without a LUPAP this is all just posturing and time wasting. new developers are seeking audience with the PM's office when they should really be wooing the nearby community and stakeholders as required by the Planning and Subdivision Act 2010 which clearly places the approval authority with the local town planning committee and NOT THE OPM. check the recent event of HTDC overruling and negating a business permit approval which attempted to circumvent and get it from Nassau. I am not making this up, but no one wants to face teh music as it creates havoc for the monetary status quo of Nassau Overlords getting all the power and prestige.