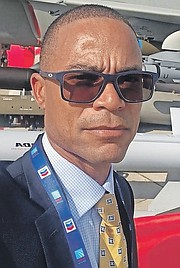 • Jet Nassau chief: Our clients must be ‘wowed’

The Bahamas must “step our game” to sustain “unprecedented” growth that has spurred a 200 percent increase in private aviation arrivals, a prominent industry player urged yesterday.

Charles Bowe, general manager at Jet Nassau, the major fixed base operator (FBO) at Lynden Pindling International Airport (LPIA), told a webinar to mark World Tourism Day that this nation needs to ensure such visitors are “wowed” from the time they arrive in The Bahamas given that their per capita spending exceeds all other tourist categories.

Describing private aviation’s main challenges as “infrastructure and properties”, he warned that New Providence lacks sufficient high-end hotel rooms to meet this market’s expectations during peak travels periods such as weekends and holidays. And congestion at LPIA, which sometimes causes up to two-hour delays before visitors arrive at their hotels, also undermines “first impressions” of the destination.

Mr Bowe also told the event, organised by TCL Group, that The Bahamas had escaped a potentially significant loss of private aviation business when Customs aborted plans to introduce its Click2Clear system at the last minute following widespread “uproar” in the sector.

Asserting that the sector is highly competitive, with plane owners, pilots and charters able to choose from multiple destinations in the Caribbean, he added that The Bahamas must avoid “putting speed bumps and hurdles” in their way and make it as easy as possible to access the destination.

Consistent with this theme, the Jet Nassau chief hailed the Davis administration’s decision to eliminate the health travel visa for placing The Bahamas on a competitive ‘level playing field’ with rivals such as Cancun and the Dominican Republic which had long eliminated such protocols.

“It’s a fact that we’ve had significant growth in the aviation sector in The Bahamas, and we anticipate further growth in the coming months,” Mr Bowe said. “Initially there was some doubt as to what would happen after COVID, but the new administration hit the ground running....

“Initially I must say it was a little difficult. There was a lot of doubt, but we’ve seen such a rapid growth, particularly in the corporate aviation sector, we have determined that we ourselves have to somehow meet the needs of this sector with stakeholders at the airports and around The Bahamas. We have to meet the demands of what is expected by our high-end visitors to The Bahamas.”

Providing an insight into this growth, Mr Bowe said private aviation arrivals to The Bahamas have tripled although he did not give any figures or say what period he was comparing this to - whether pre-COVID or 2021. “In my industry we’ve probably seen about a 200 percent growth in arrivals,” he disclosed.

“We have definitely seen an increase as a result of the [COVID] restrictions being lifted. This increase was almost instantaneous. It was very difficult for spontaneous arrivals. We had the health travel visa in place, and some persons found that very difficult, particularly with the 1 percenters. Any means of documentation is always a challenge for them.

The private aviation industry, together with yachting and boating, was among the first tourism segments to rebound from the global pandemic and lead the industry’s recovery. Mr Bowe said the volume of visitor arrivals has been spread throughout the year, extending even into what has traditionally been tourism’s slower months, which has enabled the industry to better cope with the increase.

Describing August numbers as “unprecedented”, he indicated that a similar trend was seen for June and July, which the Jet Nassau chief described as “quiet months” in the tourism calendar. He attributed at least part of the growth to families pooling resources to share the cost of private jet charters, while those who could afford it were using the sector to send their children on spring and summer breaks rather than employing the commercial airlines.

Besides COVID-related health and safety concerns, Mr Bowe suggested time and “convenience” were also motivating this demand as wealthy visitors and clients wanted to avoid the long lines endured by commercial airline passengers at airports worldwide - not just in The Bahamas.

“In our sector, we’ve seen that growth. How long it’s going to last I don’t know, but I hope it’s going to last a long time,” he added. “Private aviation arrivals’ expenditure far exceeds any of that of tourism arrivals, and we want to take advantage of that. We’ve worked closely with hotels in communicating what these guests are looking for. We see the need for quite a bit of improvement in our industry here.

“The Bahamas is a very expensive destination, and we must exceed their expectations and, in many cases, I don’t think we do that. Going into other destinations, based on what individuals are paying, we have to step up our game.” Mr Bowe described the key challenges facing private aviation as “infrastructure and also properties”.

He explained: “During the peak periods, clients finding [hotel] rooms that meet their level of expectation is a challenge. It seems that everyone wants to travel on the same day, the weekends, and we don’t have that many high-end properties.”

The Four Seasons Ocean Club, Atlantis, Baha Mar and Albany were identified as having suitable rooms for private aviation clients, and the Jet Nassau chief added: “When you look at the rooms, those are not that many rooms. If we really want to increase our numbers, we first have to improve our infrastructure and make it easier for people to get to The Bahamas.”

Suggesting that The Bahamas is presently “missing out on big” private markets, such as South America and Turkey-Central Asia, because it lacks a significant presence in those areas where there has been growth in both the number of millionaires and their earnings, Mr Bowe said delays during LPIA “peak periods” where planes are waiting for gates to become available is also a challenge.

Crediting Dr Kenneth Romer, acting director of aviation, and his Ministry of Tourism team for working to resolve this, he explained that waiting for between 30 minutes to an hour to exit an aircraft after it has landed, and a similar duration spent clearing Immigration, meant private aviation clients could experience up to a two-hour delay before reaching their hotel.

“It’s the same in most places, but we have to improve our product,” Mr Bowe said. “There are ways to solve that. That first impression is always a lasting impression. That’s what I always tell my team; when they meet a plane they have to wow them. I don’t want anyone to leave our facility without being wowed. When they go out that main terminal I want them to be wowed. That infrastructure and experience, we have to make it happen.”

The Bahamas avoided a major hit to its private aviation business earlier this year when Customs postponed the roll-out of its Click2Clear border clearance and entry system for the sector. “We had some warning they were going to introduce this. Not much warning, but some warning,” Mr Bowe said.

“The response was immediate; a barrage of questions, a barrage of comments. You had pilots attempting to work on Click2Clear for four hours. They were like: ‘Charles, we’re not going with this. We’re going to Jamaica, we’re going to Cayman. It’s just too tedious’.

“Corporate travel is corporate travel for a reason. People spend a lot of money for convenience. Any time you put speed bumps and hurdles on this type of sector” it creates concerns. “People have choices. You have to make it easy for them to select you,” Mr Bowe said.

He praised Dr Romer and Chester Cooper, deputy prime minister and minister of tourism, investments and aviation, for being in constant contact with the private sector to see how they can facilitate its growth and address anything holding it back.