Govt set to sign agreement for the ‘betterment’ of Junkanoo 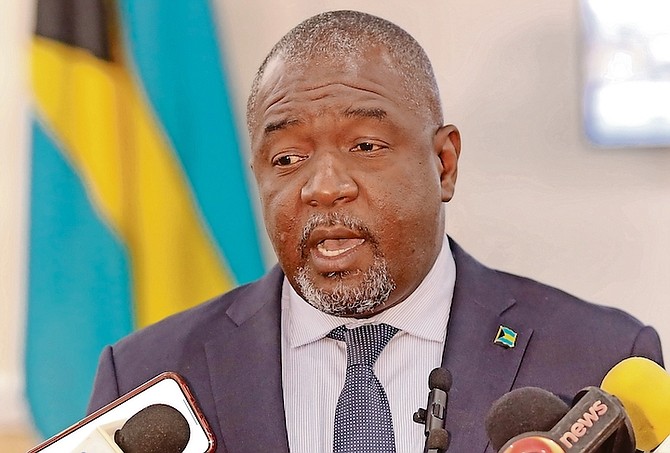 AN agreement between the government, the Junkanoo Corporation of New Providence (JCNP) and the National Junkanoo Committee (NJC) is expected to be signed in the coming days to allow for the “betterment” of future Junkanoo parades.

This is according to Youth, Sports and Culture Minister Mario Bowleg in the House of Assembly yesterday.

The signing will be held as the Junkanoo groups prepare for their return to Bay Street after a two-year hiatus due to the COVID-19 pandemic.

Yesterday, Mr Bowleg said it is anticipated that the upcoming Junkanoo season will be an exciting and lively one.

“In December of this year, the greatest show on earth is set to return, which is Junkanoo,” Mr Bowleg told parliamentarians. “I am happy to say that since 2011 to today that the ministry and the JCNP and the National Junkanoo Committee have been operating on an unsigned agreement.

“With negotiations at the assistance from my colleague from Centreville and the AG’s office, I can truly say that in a matter of days this administration will be signing an agreement with the JCNP and the National Junkanoo Committee for the betterment of Junkanoo moving forward.”

He also said: “With the assistance of the Cabinet appointed National Junkanoo Committee, a number of workshops were held on the Family islands, including Andros, Abaco and Eleuthera and Exuma and Cat Island and Grand Bahama with the goal of developing the skill level of those partaking in the festivities.

“Each island has been encouraged to establish a Junkanoo association if it does not already have one in existence and assistance has been given to registered Junkanoo groups in regards to establishing themselves as a business so that opportunities for funding, donations and support will be increased.”

He also revealed the government’s plans to increase seed funding for the Family Islands, from $3,500 to $9,000.

This comes after the Davis administration earlier this month granted $928,500 in seed funding to Junkanoo groups for them to make a comeback on Bay Street.

Several Junkanoo groups have said while they are grateful for the sponsorship from the government, more funding is always needed.

Still, the groups said they are looking forward to the return of this year’s parades.

Does this "betterment" of Junkanoo includes reducing the hour long wait between parades and learning from Macy's parade how to run a parade?

Does it include JCN or Cable 12 broadcasting the parade and not ZNS?

Read the article for definition of "betterment" and the result in quality we'd expect to see. Also no indication on what betterment costs. ..

I am still trying to find it. All I see is much ado about nothing.

I was saying it doesnt exist... its not there. Its a very odd press release. Just an announcement of this "betterment" agreement with no indication of what is being "bettered" (yes I know thats not a word... so it fits perfectly). It just looks like an effort to give soneone more money

Yay. So junkanoo is moving from Bay Street.

Set up an arena like Brazil Carnival and make it a full-time, year round industry.

That is how you make Junkanoo better.

Yep, reconstruct Bay Street from East Street to George Street and have your parades every weekend