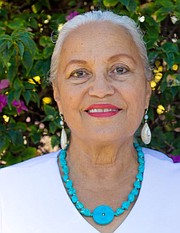 Daphne Degregory-Miaoulis told Tribune Business that extending the VAT and duty exemptions on multiple construction materials has now become more vital given that the cost of sheet rock, plywood and other products will potentially skyrocket due to Florida’s rebuilding demands.

Building material availability and shortages may also become an issue given that Florida will be the “priority”, she acknowledged, which could further setback Abaco’s own reconstruction progress that has already been delayed by COVID-19 lockdowns, restrictions and post-pandemic supply chain woes.

Any spike in building material prices, which were yesterday said to have “plateaued” and levelled-off since mid-March, risks further fuelling a local inflation rate that hit 7 percent for the year to July 2022. The latest Bahamas National Statistical Institute data, released last night, also disclosed that prices increased by 1.5 percent month-over-month compared to June 2022 (see other article on Page 1B).

Mrs Degregory-Miaoulis, meanwhile, said the Abaco Chamber and wider business community plan “to push” for a meeting with Senator Michael Halkitis, minister of economic affairs, in a bid to persuade the Davis administration to retain the present Special Economic Recovery Zone (SERZ) regime for both her island and Grand Bahama beyond its present December 1 expiration.

“Absolutely. You’re spot on,” the Chamber president replied, when asked by this newspaper whether Ian’s catastrophic impact on Florida had made retaining the existing SERZ arrangement even more important. “I just two hours ago had a conversation about this very same thing, and the urgency that this brings is even more so now to get the Government on board.

“This is no time for business persons to be in limbo about a ‘yay’ or ‘nay’. We are hoping that we can have the business persons and Mr Halkitis come together. The Chamber, the brokers, the importers; we need to have a sit down meeting with the Ministry of Finance to really come up with some solution as to how we move forward.”

Mr Halkitis, speaking at this month’s Abaco Business Outlook conference, gave a strong indication that the Davis administration is leaning away from renewing the present “blanket” post-Dorian tax exemptions for Abaco and Grand Bahama. He asserted that the present wide-ranging concessions regime was “not optimal” and cannot “go on for ever”, hinting that the Government may switch to a framework where tax breaks were granted on a case-by-case application basis.

The Davis administration has previously signalled it feels the existing SERZ is giving away too much revenue in tax breaks. It reimposed VAT on construction services, with the Ministry of Finance stating at the time that concessions were being granted to wealthy second homeowners who did not need them to rebuild their properties.

Ministry of Finance officials also subsequently said the SERZ and related tax breaks were being abused for tax evasion and other illicit purposes, with vehicles and other expensive items imported using the VAT and duty exemptions turning up at Potter’s Cay in Nassau and other locations outside the Dorian hit areas.

However, Mrs Degregory-Miaoulis said Abaco’s private sector were pushing to meet Mr Halkitis and the Ministry of Finance “like yesterday”, with nothing further heard about the SERZ Order or its extension since the Business Outlook conference.

Asked about the business community’s president mood on the issue, she replied: “I would say they are anxious. They’re anxious because they don’t know. They’re anxious to have an order so they can plan. As a business person, if you know your concessions are going to end on December 1, what are you going to do?

“Do I over stock on my resources? Do I overstock on those things I cannot even get? And then what do I do if they [the Government] change their minds at the last minute and extend it again? Those goods are going to take another year to liquidate. It doesn’t make good business sense.

“I would say everybody is quite anxious and frustrated. Those are the terms I would use. I must add the world hopeful. Anxious, frustrated and hopeful.” Abaco and Grand Bahama’s post-Dorian tax breaks expire in two months, and Mrs Degregory-Miaoulis added: “Two months is nothing in business planning. These are decisions you need to take over a minimum of three to six months.

“Wouldn’t it be nice if, for once, they were more proactive than reactive? It would definitely make a big difference; a welcome difference. Florida is obviously going to have a huge demand for reconstruction that is going to put us way behind. I spoke to one businessman today, who said they were trying to rebuild their grocery store but they’re not going to get the concessions because what they need will not be delivered by December 1.

“We have no control. We have no control over the supply chain. The economic crisis the world is in, people don’t have the money, the disposable income to go out and buy everything they need in the timeframe that the Government is allowing them to do it. They have to be conscious of that. The timelines are unreasonable. Three years is nothing. It’s not a matter of time. It’s a matter of economics and supply resolution.”

Roscoe Thompson, the Marsh Harbour/Spring City township head, told Tribune Business that Florida’s multi-billion dollar Ian reconstruction bill should give the Government the justification it needs to extend the SERZ and its existing tax breaks framework beyond December 1. The US state is a key source of building materials for The Bahamas, and price increases and some supply shortages are likely to result in the Category Four storm’s aftermath.

“It’s an opportunity for the Government to really look at extending the SERZ Order because a lot of people will not be able to get what they get now,” he added. “The prices of everything are going to go up, and not just in Abaco but The Bahamas in general. I think it’s made kind of a good justification to extend the SERZ Order.

“I really believe the Government will now have to extend it because what Ian did to the west coast of Florida and central Florida, where Bahamians get a lot of building materials from, is going to put us in a bind. It’s going to affect us because Florida will be the priority, not The Bahamas. It’s the Government’s opportunity to really make themselves look good.”

However, Ken Hutton, who heads Premier Importers’ Abaco operation, told Tribune Business that any post-Ian spike in lumber and building materials prices may be temporary and not as bad as some fear. He added that lumber prices on the world markets, based on 1,000 board feet, were down some 72 percent compared to their March high.

“I don’t think it’s going to be good,” he acknowledged of Ian’s impact. “At the same time, I’ve been watching the lumber markets today and they are slightly down. The cost of lumber has gone down from $1,500 in March to $416 as of today. That’s a huge, huge difference.

“We’ll see what happens. Even if prices go up slightly, I don’t think it will be a major shift. The prices will go up, but there’s so much capacity out there that I think we’ll be OK in terms of supply. When this has happened before, there’s been a momentary short-term tightening in terms of supply but the market alleviates itself really quickly. Prices might go up, but it won’t be a major shift. It certainly won’t go back up to $1,500 in my opinion.”

Yes, the region will be affected by Hurricane Ian. Insurance rates as well, I would imagine. What about the poor people of Florida? Has The Bahamas even offered to help?

we are to busy deciding wether or not to become a republic ! LOL