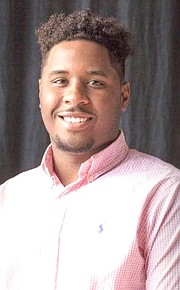 The Abaco tournament, which will feature Bahamian qualifier Cameron Riley, got underway on Monday and will run through Wednesday at the Abaco Club on Winding Bay.

At the opening of the tournament at Abaco Club on January 22, John Pinder, MP for Central and South Abaco and Parliamentary Secretary in the Ministry of Tourism, Investments & Aviation, expressed his excitement about the return of the Great Abaco Classic.

“I must say how pleased I am to have The Abacos, once again, be a part of the opening tournaments of the PGA Korn Ferry Tour,” Mr Pinder said.

Mr Pinder also used the occasion to express his gratitude to bdG Sports for the $250,000 donation the firm contributed to the Abaco hurricane relief in 2019.

“I want to thank bdG Sports for their donation to the relief effort of Abaco, which is my home,” he said. “The rebuilding of The Abacos has been a collective effort, and that collective effort has made this event possible.”

Riley, a Bahamian professional golfer, will make his big debut at the Great Abaco Classic, after defeating fellow Bahamian golfer Devaughn Robinson in a playoff during trials at the Royal Blue Club at Baha Mar on December 20, 2022.

This is The Bahamas’ third time hosting the illustrious Korn Ferry Tour, which continues to attract hundreds of visitors and golf enthusiasts. Following the conclusion of The Bahamas Great Abaco Classic, next up on the PGA Korn Ferry Tour is the Panama Championship, which is slated for 2-5 February at Club de Golf de Panama, Panama City.