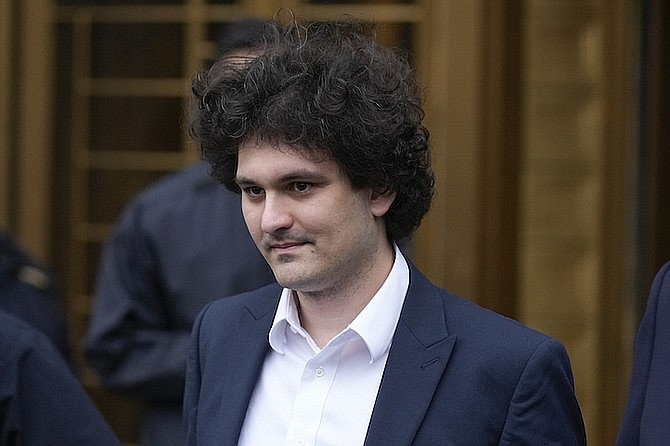 Sam Bankman-Fried planned to mount an impassioned defence of The Bahamas before the US Congress by implying that attacks on it over FTX's implosion were motivated by racism and prejudice.

The FTX co-founder's written statement, which was included among legal filings in the Delaware Bankruptcy Court, was never voiced publicly as he was arrested the previous night by Bahamian police acting on the request of US federal authorities in the southern New York district court.

Hitting back at assertions by John Ray, FTX's Chapter 11-appointed US chief, that the Bahamian government, Securities Commission and local provisional liquidators had all colluded with himself, Mr Bankman-Fried's written testimony stated: "Their assumption, without evidence, of malign intent and incompetence on the part of other races, cultures and governments would be considered deeply offensive if directed at American minorities.

"It is no less offensive when directed at the citizens of other countries, let alone their regulators. Meanwhile, seizing assets overseen by other governments is a practice most recently considered appropriate centuries ago."

Many observers will likely argue that Mr Bankman-Fried is hardly the most credible defender of The Bahamas' reputation given FTX's implosion, which has left the crypto exchange's clients and investors facing multi-billion dollar losses, coupled with the multiple fraud, money laundering and campaign finance violation charges he now faces in the New York courts.

However, Mr Ray and his team did subsequently back down from their "collusion" allegations, with the FTX US chief quoted in a statement where it was affirmed that the Bahamian Securities Commission acted properly in transferring $450m worth of digital assets to a secure electronic wallet under its control to protect them from being lost or stolen by hackers.

Mr Bankman-Fried backed the Bahamian regulator's actions in the testimony he planned to give before the US House of Representatives Financial Services Committee. "The Bahamas stepped in to safeguard customer assets, acting in their duty as the primary regulator of FTX International," he wrote.

"Meanwhile, John Ray's team - run out of the US - initiated an asset seizure of FTX International, a company run from The Bahamas, regulated in The Bahamas and servicing non-US clients." Peace, at least for the moment, is holding between Mr Ray's team and the Bahamian provisional liquidators for the local subsidiary, FTX Digital Markets, after they reached a co-operation and information sharing deal that must be ratified by their respective courts.

However, Mr Bankman-Fried's testimony backed the Bahamian provisional liquidators in their assertion that FTX's management and controlling persons were all based in and operating from The Bahamas - something that was heavily disputed by Mr Ray.

Supporting arguments by Brian Simms KC, the Lennox Paton senior partner, and PricewaterhouseCoopers (PwC) accounting duo, Kevin Cambridge and Peter Greaves, the FTX chief had planned to tell the US Congress: "The Bahamas is where FTX International is headquartered. The Securities Commission is the primary regulator of FTX International. The mind and management of FTX International has been in The Bahamas.

This was challenged by Mr Ray and his team as they sought to keep Delaware as the main venue for FTX's winding-up. They alleged in legal filings: "FTX Digital Markets was never the centre of the FTX group. It was nothing more than a short-lived provider of limited 'match-making' services for customer-to-customer transactions on the crypto currency exchange built, owned, and operated by FTX Trading, its immediate corporate parent.

Edgar Mosley, managing director of Alvarez & Marshal, one of Mr Ray's financial advisors, alleged in an accompanying affidavit: "The debtors’ records reflect that in the time from FTX Digital Markets' formation, including the less than six months it operated, FTX Digital Markets generated no revenue from customers or other third parties.

Mmmm. Jamaica's government has turned to the FBI for help as it investigates a massive fraud case involving a private investment firm where $12.7 million belonging to renowned sprinter Usain Bolt has gone missing. The fraud lasted 13 years and also ensnared elderly clients and government agencies.

Jamaica turn to get picked on?