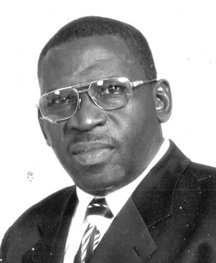 Funeral Service for NIGEL CLARKE aged 60 years of Melvern Street, Yellow Elder who died on Friday, March 15th, 2013 will be held on Saturday, April 6th, at 11:00am at Church of God of Prophecy Meadow Street. Officiating will be Bishop Hulan A. Hanna assisted by Minister Philip D. Ferguson and other Ministers of the Gospel. Interment will follow in the Lakeview Memorial Gardens & Mausoleums, John F. Kennedy Drive & Gladstone Roads.

Viewing will be held at Clarke’s Funeral Home #41 Tonique Williams-Darling Highway on Friday, April 5th, from 1:00pm to 6:00pm and on Saturday from 9:00am at the church until service time.