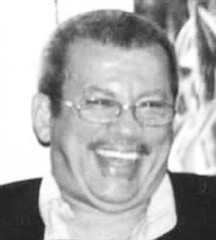 Service of Celebration for the Life of Mr. Ainsworth McLaren “Ainsley” O’Reilly, age 79 years, of Carefree Cable Beach, formerly of Port-of- Spain, Trinidad, will be held at 10:00 a.m. on Saturday February 27, 2016 at The Centre for Hotel and Tourism Management, U.W.I. on the compound of the Bahamas Tourism Centre, Thompson Boulevard.

He leaves behind his loving wife of 28 years: Ruth Annie; sons: Sean (Charmaine) of Jamaica and Ainsley (Angela) of Florida; grandchildren: Christa, Charlotte, Andrew, Joshua and Madeline; sister: Mona of Trinidad; nephew: Mark of Trinidad; nieces: Joanne and Clare of the United States, and his extended family in Northern Ireland and England; his colleagues and friends at: the Centre for Hotel and Tourism Management (CHTM), U.W.I, Experts (worldwide) in the studies of Hospitality, Travel and Tourism, Kiwanians throughout the Bahamas and the Carefree Support Unit.

Special Thanks to: The Doctors and Nurses of Princess Margaret Hospital Private Surgical, Eye Ward, Male Surgical III and The ICU Critical Care Unit with special thanks to Dr. Delton Farquharson.

There will be no viewing

Arrangements were entrusted to Butlers’ Funeral Homes and Crematorium, Ernest and York Streets.