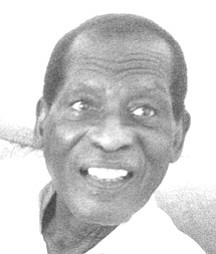 Cleveland was predeceased by his daughter: Marsha Hepburn- Peters.