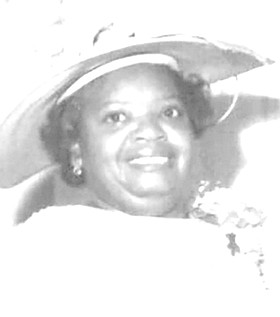 Cleopatra Nixon age 81 year of #19 Commonwealth Blvd and formerly off Habour Island Eleuthera died at her residence on Friday, September 27th, 2019.
She is survived by her Son: Marcian Nixon; Grandchildren: Christopher (Winsilette) Nixon, Llewel (Francheska) Nixon and Sanjae Nixon; and a host of other relatives and friends too numerous to mention.
Arrangements for the funeral service are being finalized and details will be announced at a future date.