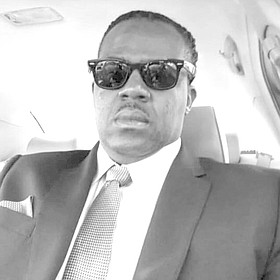 Funeral Service for the late Tyrone Albury 48yrs of Marsh Harbour will be held on Saturday October 5 2019 at The New Mt Zion Baptist Church, Blue Hill Road South at 10:00a.m. Officiating will be __ assisted by other ministers of the gospel. Interment will follow in The Murohy Town Public Cemetery.

Relatives and friends may pay their last respect at Evergreen Mortuary located on Collins Ave & 5th Terrace on Friday from 10:00a.m. - 6:00p.m. and again at the church on Satuday from 9:00a.m. until service time.