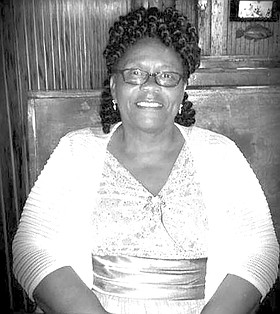 The family of the late Evangelist Christiana Ward Ashe “Aunt Deanne” sincerely apologizes if your name was inadvertently omitted from her obituary. We acknowledge your friendship and thank you for your prayerful support during our time of bereavement.

Viewing will be held in the Serenity Suite at Restview Memorial Mortuary and Crematorium Ltd., Robinson and Soldier Roads on Friday from 10:00 a.m. to 6:00 p.m. and at the church on Saturday from 9:30 a.m. until service time.