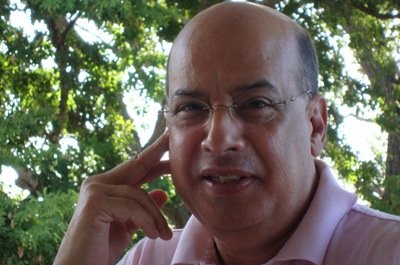 The Caribbean in a vortex

HOW beneficial or not to the Caribbean is the Economic Partnership Agreement (EPA) between the 27-nation European Union (EU) as a bloc and the 15 small Caribbean members of CARIFORUM individually?

Eyeing the case before the Caribbean Court of Justice

THE judgment in a case now proceeding through the Caribbean Court of Justice (CCJ) could prove to be a landmark in the movement of West Indians through each other’s countries.

THE speech may have been directed to a domestic United States audience, but in its boldness, its frankness and its inspirational quality, it was a speech to the citizens of the world.

HUGO Chavez, the populist leader of Venezuela, could not turn-up on January 10 for his swearing-in ceremony as President for a fourth consecutive term.

CUBA has long been an economic, trade and investment opportunity that has been neglected by the 15-nation Caribbean Community (CARICOM) countries.

IT IS not only the people of the United States that should be praying that their political leaders have enough sense not to push themselves off the so-called “fiscal cliff”, but the rest of the world as well.

SIR Ronald Sanders, pictured, a member of the Commonwealth Eminent Persons Group, and an international consultant, writer and former senior Caribbean diplomat, has been honoured by Australia.

The Caribbean's greatest crisis since independence

“MAKE no mistake about it. Our region is in the throes of the greatest crisis since independence. The spectre of evolving into failed societies is no longer a subject of imagination.

The other Presidential election: no surprises

While the eyes of the world were focused on the Presidential elections in the United States, another significant election for the international community was also taking place.

EARNINGS and employment generated by the rum industry in 14 CARICOM countries and the Dominican Republic (collectively CARIFORUM) are under siege and the entire industry could be severely diminished in a few years unless the governments of these countries take swift action.

Caribbean states should link up for diplomacy

Hypocrisy of the US position on China export subsidies

IT is hypocritical in the extreme. The US Trade Representative has filed a complaint with the World Trade Organisation (WTO) claiming that the Peoples’ Republic of China has given “extensive subsidies” to Chinese companies that produce automobiles and automobile parts for export.

Caribbean must resist the reduction of aid from EU

EXCEPT Haiti, all the Caribbean countries that are members of the 79-member African, Caribbean and Pacific (ACP) Group are in danger of losing the level of aid they receive from the European Union (EU) under a differentiated approach being considered by the European Commission.

Holding up a Torch for Life: regulating weapons

CARIBBEAN Community (CARICOM) countries joined dozens of other nations in fighting for a robust and comprehensive Arms Trade Treaty (ATT) during negotiations at the United Nations headquarters in New York from 2 to 27 July, but their efforts were frustrated by President Barack Obama’s re-election campaign team.

US involved in a rum affair

THE rum industry in the non-US countries in the Caribbean is now under serious threat. At risk are the jobs of 15,000 workers directly employed in the industry and another 60,000 jobs that benefit from it.

This is no time for a weaker Caribbean community

AT the opening of the 33rd Conference of the 15-Nation Caribbean Community and Common Market (CARICOM), the incoming

Who should head the Commonwealth?

NOW that there has been an enormously successful rejoicing of the 60-year reign of Elizabeth II as Queen of the United Kingdom and her 15 other realms, it is time to tackle the question upon which there has been much speculation: W