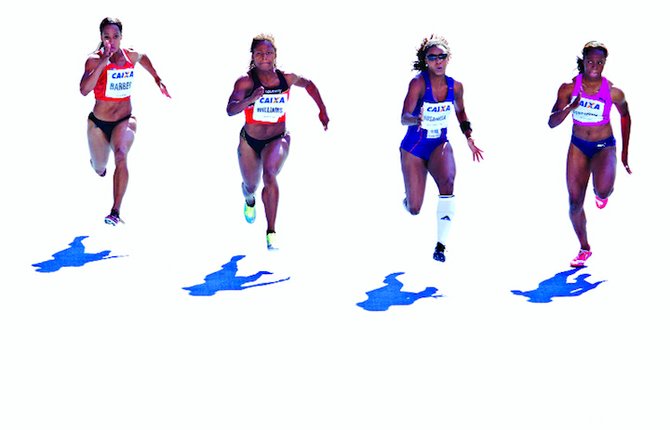 Coach Henry Rolle said both the men and women's 4 x 100 meter relay teams ran well but, if it wasn't for a little hiccup with their baton exchanges, they both could have ran faster at the Athletics Brazil Grand Prix in Rio de Janeiro yesterday.