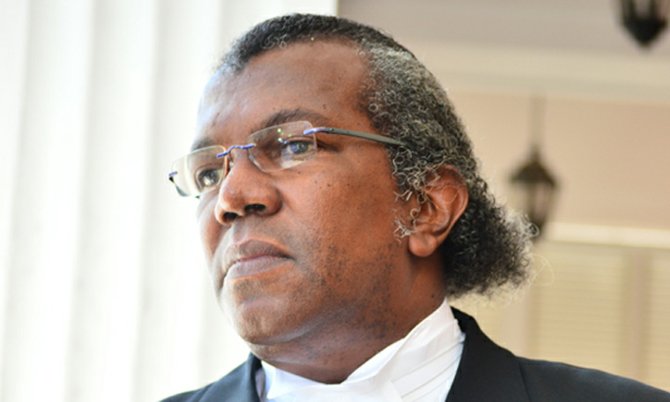 INSIGHT: Beware - your own lawyer could land you in trouble

THE Court of Appeal’s president has ruled Supreme Court judges should hold accused people liable for any misconduct exhibited in court by their attorney.

ATTORNEY Geoffrey Farquharson was found in contempt of court after repeated loud outbursts as the prosecution addressed members of the jury hearing a double murder and armed robbery trial in Grand Bahama.

Lawyer claims shotgun in court not one in video

THE murder and armed robbery trial of three men – Paul Belizaire, Devaughn Hall, and Kevin Dames - continued on Monday in the Supreme Court in Grand Bahama.

A LAWYER is to appear in the Court of Appeal today to contest a Supreme Court judge’s ruling finding him in contempt of court.

CONTEMPT proceedings against Geoffrey Farquharson are expected to reach a conclusion today when Justice Bernard Turner determines what action, if any, the court will take regarding the lawyer’s conduct during the Marco Archer murder trial.

MARCH 27 was the date given to Geoffrey Farquharson to explain to Justice Bernard Turner why he should not be held in contempt for statements he made during the Marco Archer murder trial.

A JUDGE stayed his hand for another three days concerning the possibility that the court could take action against defence attorney Geoffrey Farquharson over his conduct during the Marco Archer murder trial.

Contempt of court case stood down until next year

JUSTICE Bernard Turner stayed his hand for two months on the question of what action, if any, the court will take regarding Geoffrey Farquharson’s conduct during the Marco Archer murder trial.

KOFHE Goodman’s lawyer is pleased to have been ordered to appear before Supreme Court Justice Bernard Turner to explain his conduct before the judge during the Goodman trial.