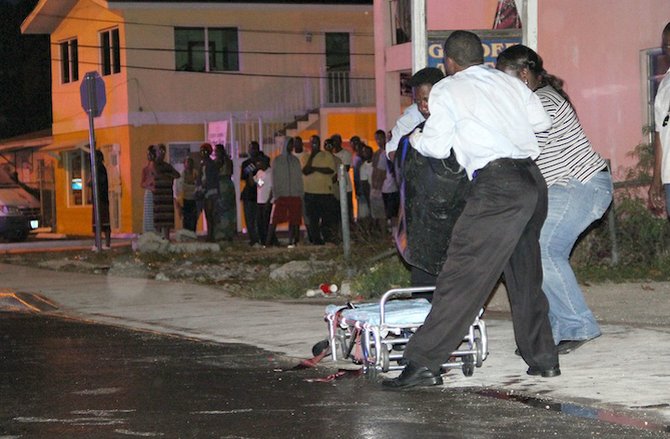 The body of a 17-year-old boy who was stabbed in the back and head and died of his wounds is removed from the scene at Baillou Hill Road last night. Photo: Tim Clarke/Tribune Staff

A TEENAGE boy was killed last night after he was accosted by a group of male attackers who stabbed him in the head and back, police said. It was the second murder of the weekend, the eighth in 11 days and took this year’s total to 60.