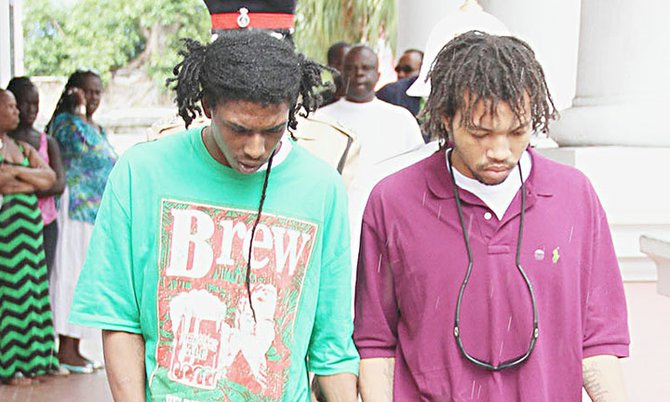 Excel Josey and Maurice Armbrister outside of court.

YESTERDAY’S conclusion of the Supt Clayton Fernander shooting case ended with Excel Josey and Maurice Armbrister being sentenced to 17 and 19 years in prison respectively for the attempted armed robbery and attempted murder of the senior police officer.