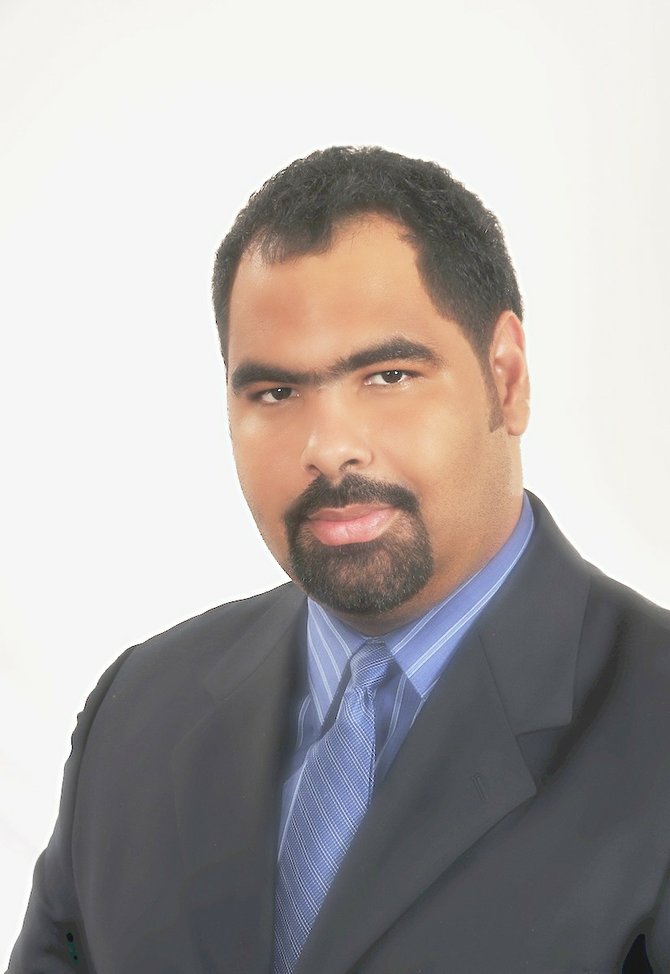 The government must achieve an “unprecedented and very challenging” four percent primary budget surplus for seven straight years to cut the debt-to-GDP ratio to 50 percent by 2030.

The former prime minister’s attack on VAT’s reapplication to breadbasket foods and medicines was yesterday branded “naive” and “ignorant of the advice” given to his administration.

A BISX-listed bank is targeting full-year net income of $21m-$22m after its exceeding its budgetary target during the first nine months of 2021, its chief executive revealed yesterday.

Bahamas ‘like boxer with hand tied its behind back’

The Bahamas is “like a boxer with one hand tied behind its back” because it has failed to determine the true value of the Government’s multiple assets, a prominent banker argued yesterday.

Speech from the Throne 'highlights need for national development plan'

A FINANCIAL expert has echoed calls for a national development plan following government's Speech from the Throne earlier this week.

‘Get creative’ over govt debt aversion

The government was yesterday urged to “become more creative” in the Bahamian debt markets as traditional purchasers of its bonds increasingly reject long-term paper due to the mounting fiscal crisis.

‘Stop crying as if we are the victim’

The Bahamas “must stop crying as if we are the victim” and instead “aggressively” reform its tax system to compete under a 15 percent minimum global corporate levy, a top banker argued yesterday.

The Bahamas “must walk and chew gum” on its fiscal and economic revival, a leading banker has warned, with $938.5m - one third of government spending - taken up by debt and subsidy costs.

Banking chief: ‘Far too many frauds and errors’

The government was yesterday urged to prioritise creating a land registry to reduce the “far too many frauds and errors” scarring real estate deals and bring The Bahamas “into the 21st century”.

The Bahamas Bar Association’s failure to properly discipline wayward members is why many banks will only deal with “approved attorneys” for mortgage transactions, a top executive said yesterday.

A prominent banker yesterday urged The Bahamas “to get the economic engine moving a little more rapidly”, adding: “This is when executive management earns our keep.”

The Bahamas must "stop relying on its good fortune" and US proximity to reverse its downgrade spiral and recover its economy from COVID-19's clutches, a top banker has warned.

A Fiscal Responsibility Council member yesterday urged both the government and opposition not to make the body “a political football” after it became the focus for a House of Assembly confrontation.

Fidelity 'holding our own' on $7.5m half-year profit

Fidelity Bank (Bahamas) incoming chief executive will tomorrow unveil $7.5m in 2020 half-year profits as evidence the bank is “holding our own on the bottom line” despite COVID-19. Gowon Bowe, who will replace Tom Hackett and be appointed to the BIS

The Bahamas needs a tax structure that will attract the equivalent of 7m tourists to its financial services industry, a local banker argued yesterday. Gowon Bowe, Fidelity Bank (Bahamas) chief financial officer, told a webinar organised by the Chart

A Bahamian banker yesterday warned against premature panic after it emerged that borrowers sought repayment waivers for almost $2bn worth of loans at the COVID-19 lockdown's peak.

A former Chamber of Commerce chairman yesterday voiced concern that the government had sent “a message of dependency” through its 2020-2021 budget presentation. Gowon Bowe told Tribune Business it “can be dangerous” to give the impression that the g

Bowe criticises govt for failing to explain its policies properly

THE government has failed to clearly articulate its rationale for relaxing restrictions on certain businesses leaving itself open to criticism that could have otherwise been avoided, according to a noted economist yesterday.Gowon Bowe, Fidelity Bank

'No rebound for six months'

A top banking executive yesterday said The Bahamas “won’t see any rebound in the economy for six months” at least as the “first wave” of loan deferral requests hits the industry. Gowon Bowe, an ex-Chamber of Commerce chairman, told Tribune Business

Commercial banks are working with the government to remove “bottlenecks” to cutting the industry’s $500m “bad loan” pile that stem from existing protections for delinquent homeowners. Gowon Bowe, the Clearing Banks Association’s (CBA) chairman, this

Bahamas can't be 'last of the Mohicans' on tax

The Bahamas must avoid becoming “the Last of the Mohicans” by ensuring foreign companies actually “benefit from paying taxes” here, a top accountant is arguing.

A BISX-listed bank yesterday said it is on target to beat 2018’s earnings growth and deliver $25m in full-year profits despite the absence of first quarter loan book expansion.

The Bahamas must not fear competition in a post-WTO environment, a top accountant argued yesterday, as it now has an “issues checklist” to help prepare itself.

The Clearing Banks Association’s (CBA) chairman yesterday rejected the industry’s branding as an “oligopoly”, adding that there was “no evidence” of price-fixing and fee setting collusion.

Bahamian commercial banks were yesterday warned not to “stifle” the goals behind the investment currency market’s outsourcing through “compliance trepidation”.

The Central Bank’s governor yesterday confirmed that the preferred operator for The Bahamas’ first-ever Credit Bureau will be unveiled in January amid IMF calls for its “speedy” creation.

Major tax defaulters were yesterday warned to brace for “shock treatment” from the Government’s recently-unveiled tax crackdown, the Bahamas Chamber of Commerce’s (BCCEC) chairman giving his “strong support” to the initiative.

The Chamber of Commerce's chairman yesterday admitted the Bahamas' economic and fiscal reform process was moving "a lot slower" than desired, as he called for unity to ward off a threatened downgrade.

BAHAMAS Chamber of Commerce and Employer’s Confederation Chairman Gowon Bowe yesterday warned the government to “be cautious” about implementing a tax to fund National Health Insurance, claiming that the country’s “meagre” one per cent of economic growth could be compromised as a result.

A “very conciliatory” Prime Minister Perry Christie has urged the private sector to “make the most of a bad situation” on Value-Added Tax (VAT) and its implementation, Tribune Business can reveal.

The Government has been urged to set a date for the Central Revenue Agency’s (CRA) creation, the Tax Coalition’s chair fearing that momentum on a tax compliance “panacea” may be lost.

Prime Minister Perry Christie has been warned that “the clock is ticking” on the private sector’s Value-Added Tax (VAT) readiness, a Tax Coalition co-chair yesterday calling for the revised legislation and regulations to be published “as soon as possible”.