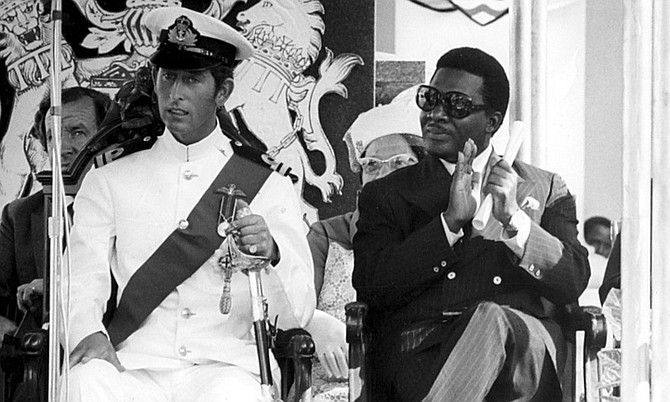 Prime Minister Sir Lynden Pindling in 1973 with Prince Charles during the Royal visit.

When Sir Lynden Pindling lost a vote of confidence

IT IS a little known fact that Sir Lynden Pindling actually lost a vote of no confidence, albeit in the seclusion of a secret PLP parliamentary meeting in Andros, a year before the May 13, 1970, motion in the House of Assembly that would lead to the breakaway of eight MPs from the then governing Progressive Liberal Party and the eventual formation of the FNM.