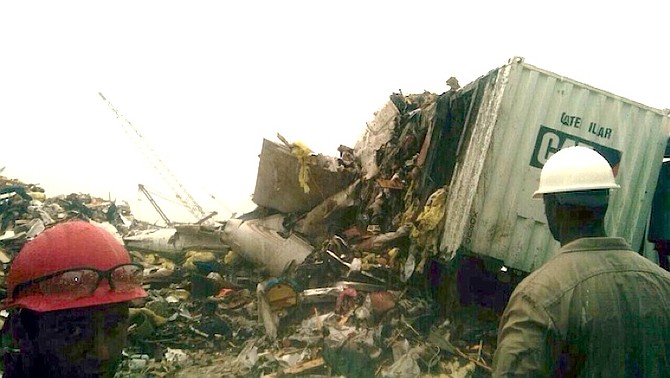 Pilot had tried to land prior to hitting crane

THE PILOT of the ill-fated Learjet that crashed into a junk pile nine days ago “attempted to land at least once” before smashing into a crane at the Grand Bahama Shipyard, according to an official close to the investigation.

DR MYLES MUNROE AND HIS WIFE DEAD IN PLANE CRASH

THE leader of Bahamas Faith Ministries, Dr Myles Munroe, and his wife Ruth have been killed in a plane crash in Grand Bahama.