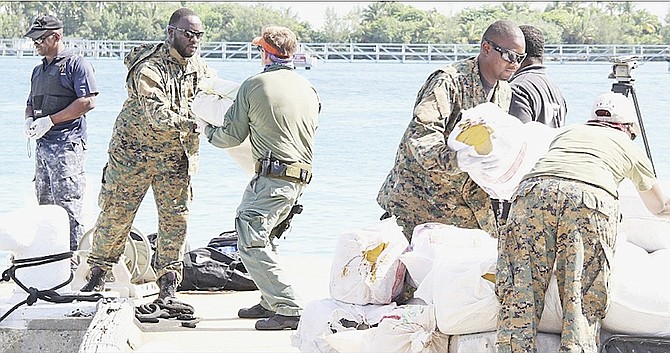 One of seven charged in connection with drug seizure pleads guilty

ONE of seven men faced with multiple charges stemming from the recent $4.6 million drug seizure pleaded guilty to his involvement at an arraignment in Magistrates Court on Friday. He was sentenced to 26 months in jail.