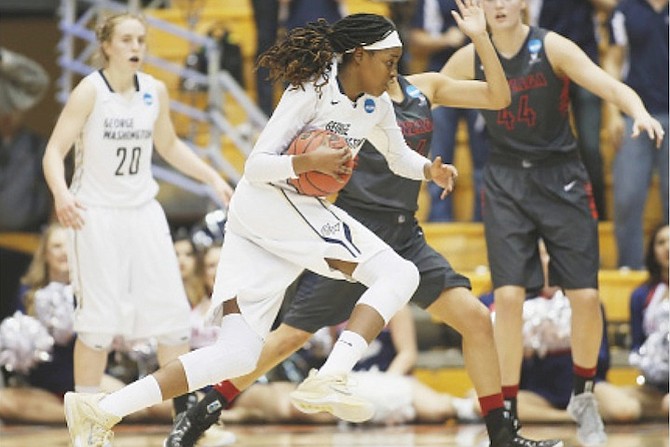 Jones No.6 pick in the WNBA Draft, traded to Sun

JONQUEL Jones, the Bahamian who has won multiple awards while at George Washington University, will play professional basketball for the Connecticut Sun next season after being picked in the Women's NBA draft on Thursday night.

WHILE the men’s tournament will grab the headlines first as their tournament gets underway, the Bahamas will be well represented by a trio of females in the main event of the NCAA.

Jonquel Jones in the running for Senior CLASS Award

GEORGE Washington senior Jonquel Jones has been chosen as one of 10 women’s basketball finalists for the prestigious Senior CLASS Award.

AFTER a stellar junior campaign, expectations loom high for Bahamian basketball player Jonquel Jones, and she spent the offseason with world famous company as she rises on 2016 WNBA draft boards.