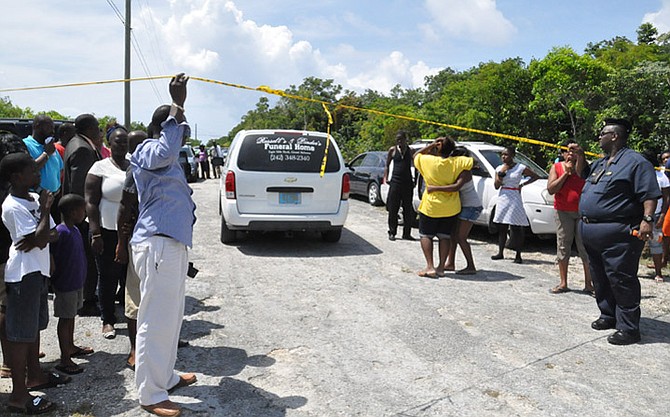 Shocked residents at the scene of the double murder in Grand Bahama on Sunday. Photo: Vandyke Hepburn

GRAND Bahama police are investigating a double homicide after a husband and wife were discovered dead inside their home on Sunday morning. The victims - believed to be Barry and Sheila Johnson - were found shot dead shortly before 9am at an apartment complex in the Holmes Rock area. Police said both victims were shot once to the head.