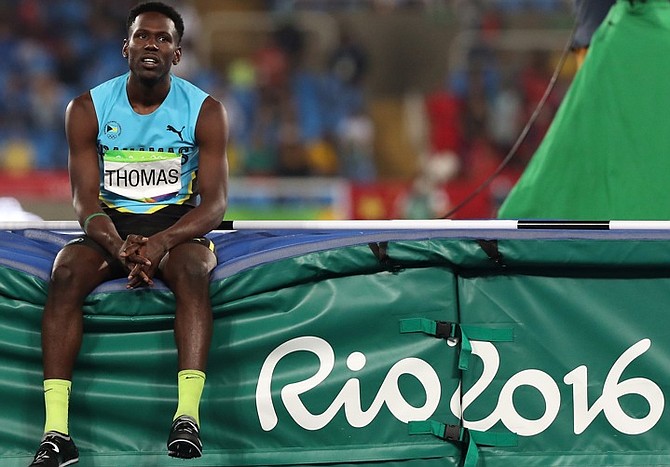 Donald Thomas: ‘I walk away kind of disappointed’

RIO de Janeiro, Brazil — Donald Thomas came into the 2016 Olympic Games with one goal on his mind - to finally win the one medal that has eluded him.

RIO de Janeiro, Brazil — Donald Thomas and Trevor Barry were nowhere near their best, finishing seventh and 11th overall respectively, as they made their return to the men’s high jump final at the 2016 Olympic Games.

If you've managed to catch your breath after all of last night's drama, here is the schedule for Team Bahamas at the Olympic Games today: