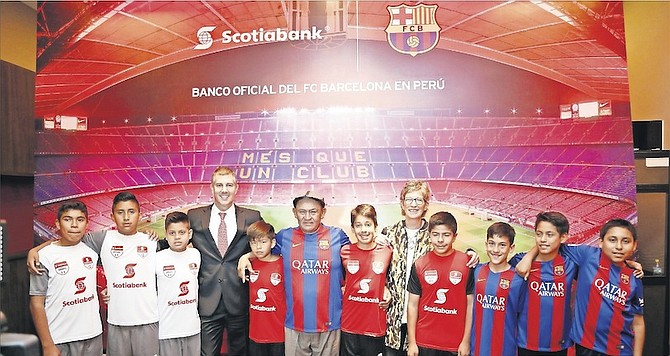 IN a landmark agreement, FC Barcelona and its foundation has announced an official partnership with Scotiabank designating the international bank as the official banking partner of FC Barcelona in Latin America and the Caribbean.