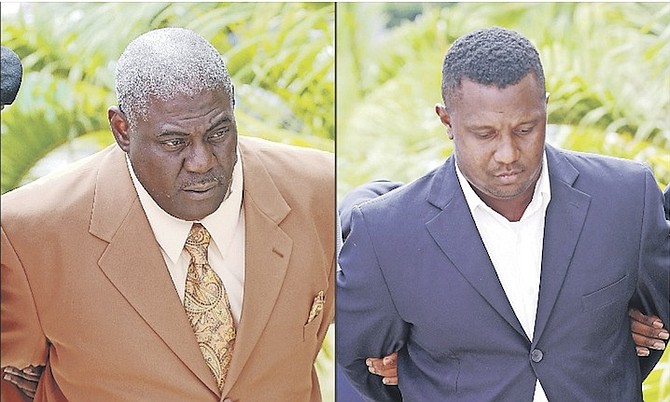 Ricardo Bain, aged 44, left, and Herman Pinder, aged 31, who have both been discharged from the police force and admitted stealing phones from BTC. Photos: Tim Clarke/Tribune Staff

TWO former policemen who took advantage of their former positions to commit theft may spend 18 months in prison if they fail to pay a $3,000 fine imposed on them by a magistrate.