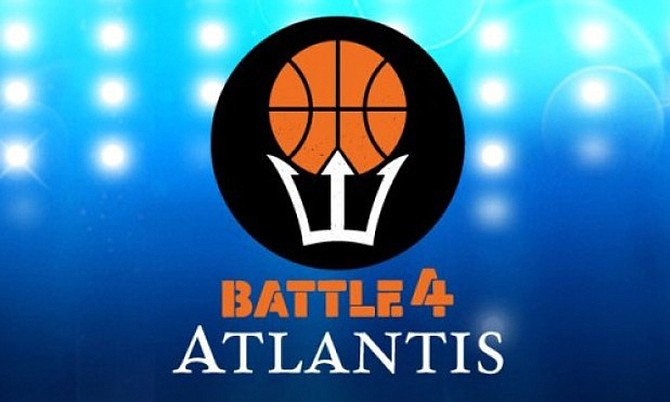 2018 Battle 4 Atlantis will not feature a local player

THE 2018 Bad Boy Mowers Battle 4 Atlantis will not feature a local player on the floor for the first time in several years, but one of the eight schools in the field still has a Bahamian connection in the administration.

PARADISE ISLAND, Bahamas (AP) — Villanova coach Jay Wright loves playing in November tournaments, from the chance to learn how his team responds to early challenges and experiment with which lineups work best.

STARTING this week at the Atlantis resort on Paradise Island and finishing December 22 at the Thomas A Robinson National Stadium, the Bahamas will be the site of two major college sports events that bring thousands of visitors to the Bahamas and mill

WITH Dwight Coleby’s decision to join the University of Western Kentucky Hilltoppers, it created the potential for yet another matchup of Bahamian players going head to head at the Battle 4 Atlantis.The Hilltoppers will represent Conference-USA in th

Teams line up for 2017 Battle 4 Atlantis

NOT long after organisers closed the book on the sixth edition of the prestigious Battle 4 Atlantis, the teams scheduled to compete in 2017 over the annual Thanksgiving weekend was confirmed.

THE Baylor Bears have put pollsters on notice – this team warrants national recognition and is primed for a tournament run in March.