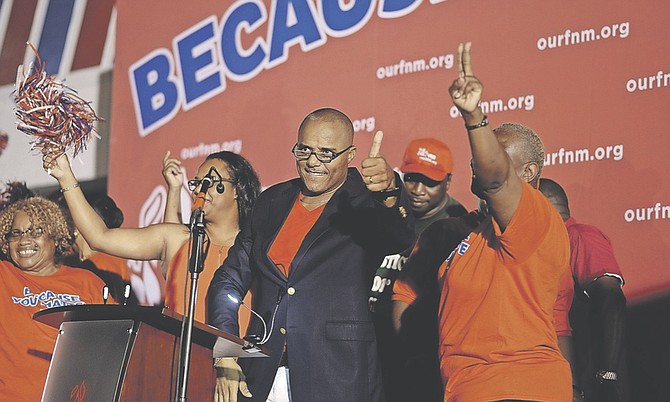 Marvin Dames was announced as the FNM Candidate for Mount Moriah.

Dames tells Nottage to call him for solutions to crime

FORMER Deputy Police Commissioner Marvin Dames said he is not impressed by National Security Minister Dr Bernard Nottage’s announcement of the anti-crime measures to be adopted by the government to combat the spike in murders, saying the strategies have raised more questions than answers.

Roberts: Ex-cop ‘has offered nothing new’

FORMER Deputy Commissioner of Police Marvin Dames believes the government has been unable to control violent crime in the country because it is lacking a strategic plan that involves a multifaceted approach to the problem.

THE Free National Movement (FNM) announced the ratification of four more candidates ahead of the 2017 general election, with FNM Leader Dr Hubert Minnis hailing the lot as integral cogs in the party’s “better governance” machinery.