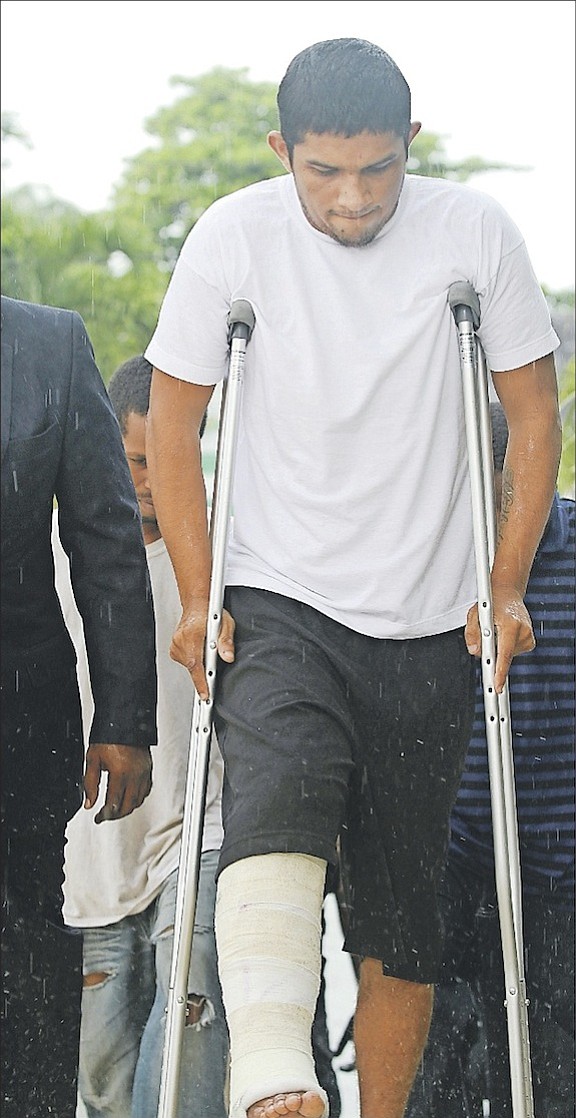 A PERUVIAN man was remanded to prison without bail yesterday after he was arraigned in Magistrate’s Court concerning the killing of a disc jockey who was shot at a downtown nightclub.