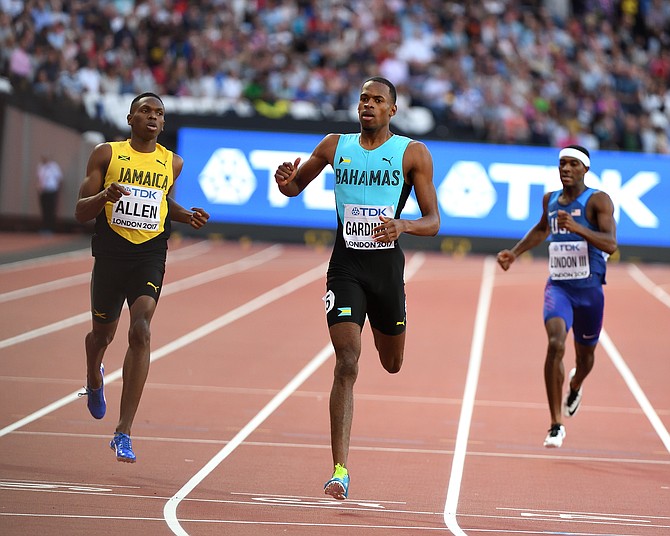 Steven Gardiner on his way to a new national record in his semifinal. Photo: Kermit Taylor/Bahamas Athletics

The fallout from the drama surrounding the men’s 4x400m relay at the recent IAAF World Championships continues as the matter is now headed for arbitration.BAAAs President Rosamunde Carey addressed the issue yesterday and said an independent committee

Gardiner 'did a wonderful job'

LONDON, England: Head coach Dianne Woodside-Johnson and relay coordinator Rupert Gardiner were both impressed with the national record breaking performance by Steven Gardiner who become the first Bahamian to reach a final in the 16th IAAF World Championships.

LONDON, England: Abaco native Steven Gardiner bolted his way into his first global final in the men's 400 metres at the 16th IAAF World Championships with a new national record.