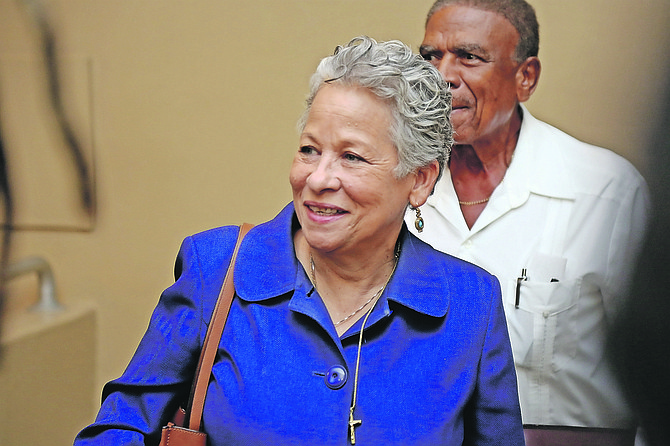 ENGLERSTON MP Glenys Hanna Martin yesterday said her defeat at convention demonstrated her party and the wider country were prepared to support candidates based on their perceived viability, brushing off suggestions that her campaign had been significantly affected by gender bias.

Glenys: Wrong not to let me speak

PROGRESSIVE Liberal Party MP Glenys Hanna Martin is “most concerned” about the use of money in the PLP’s internal election campaigns, insisting yesterday the organisation needed rules to ensure delegates are free from influence when they head to the polls.