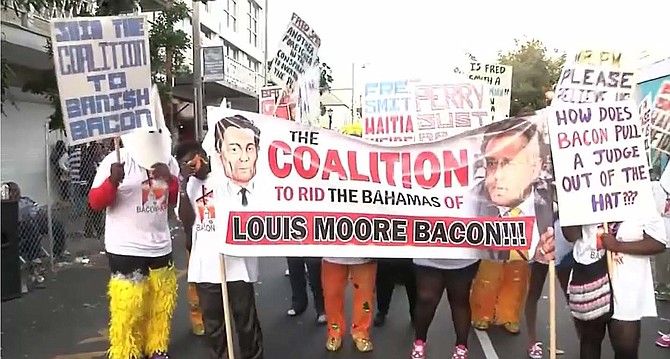 A protest held against Louis Bacon in Nassau.