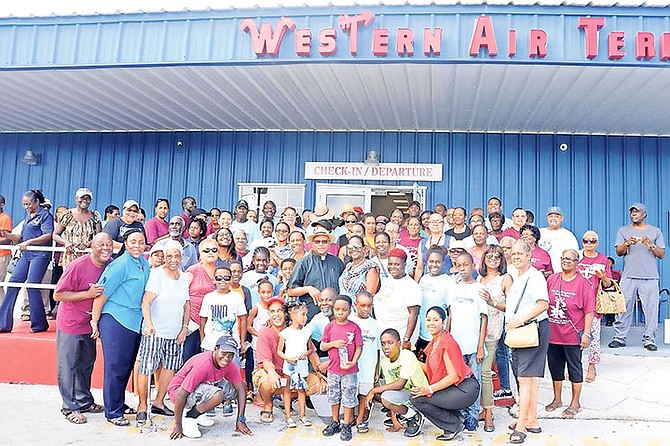 A fond farewell for Archdeacon Harry Bain as he relocates from Grand Bahama to take up his new appointment in Nassau. Photo: Derek Carroll

Motorcade sees archdeacon off in style

PARISHIONERS of the Anglican diocese in Grand Bahama held a farewell motorcade for Archdeacon Harry Bain who has relocated to New Providence to take up his new appointment as dean of Nassau.Archdeacon Bain was the former rector of the Pro-Cathedral o