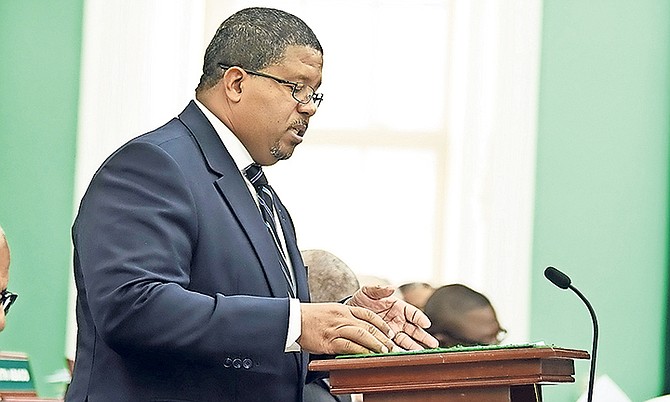 The deputy prime minister and his Opposition counterpart yesterday renewed their verbal battle over whether the Government will hit its 2018-2019 fiscal objectives.

‘Raising VAT not on our agenda’

FINANCE Minister K Peter Turnquest insisted yesterday the government has no intention to increase value added tax as speculation persists that a hike maybe featured in the impending 2019-2020 budget presentation. He called the claim an unfortunate rumour.

DPM: PLP will take us ‘back to fiscal future’

The deputy prime minister says “every Bahamian should be worried” that the PLP will take the country “back to the future” by overturning recently-enacted fiscal disciplinary measures.

‘A number of audits have been completed’

FINANCE Minister K Peter Turnquest said yesterday “a number” of forensic audits into government corporations and departments have been completed and tabled in the House of Assembly.

Business Licence fees will be based on “positive VAT-rated revenue” from 2020 onwards in a move that “removes some of the ambiguity” surrounding how they are calculated.

THE Minnis administration is confident it has done everything necessary to avoid a financial blacklisting, according to Deputy Prime Minister K Peter Turnquest.

‘We need to know source of the money’

The Government yesterday retracted a private sector “choke point” by moving to eliminate the need for companies to supply “certified bank statements” with business licence filings.