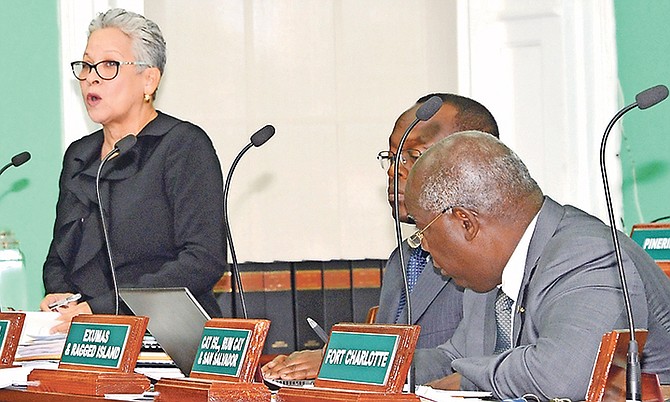 Hanna Martin named and suspended from the House

HOUSE Speaker Halson Moultrie yesterday named Glenys Hanna Martin and ultimately suspended the Englerston MP from the House of Assembly after she abruptly left the lower chamber while being reprimanded for her behaviour during parliamentary sessions.